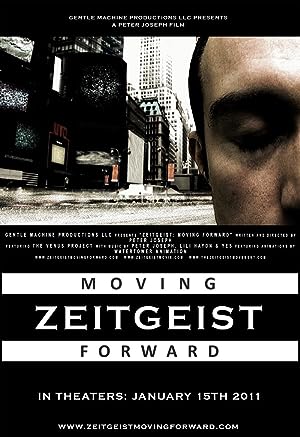 In a decaying society, Art

if it is truthful, must also reflect decay.

And unless it wants to break faith with its social function

Art must show the world as changeable.

And help to change it.

Deadly riots over the government's

plan to avoid defaulting on its loans...

is that the unemployment keeps

rising and it has to keep rising

just because we have an excess supply of goods...

this is all borrowed money...

and that debt is owned by banks in other countries...

M-O-N-E-Y, in the form of a convenient personal loan...

...filter cigarette that delivers the taste...

is the US planning to bomb Iran?...

Now, my grandmother was a wonderful person.

She taught me how to play the game Monopoly.

She understood that the name of the game is to acquire.

She would accumulate everything she could and

eventually, she became the master of the board.

And then she would always say the same thing to me.

She would look at me and she would say:

"One day, you'll learn to play the game."

One summer I played Monopoly almost every day, all day long

and that summer, I learned to play the game.

I came to understand that the only way to win

is to make a total commitment to acquisition.

I came to understand that money and possessions...

that's the way that you keep score.

And by the end of that summer

I was more ruthless than my grandmother.

I was ready to bend the rules if I had to, to win that game...

and I sat down with her to play that fall.

I took everything she had. I watched her

give her last dollar and quit in utter defeat.

And then she had one more thing to teach me.

All those houses and hotels.

All the railroads and utility companies...

All that property and all that wonderful money...

None of it was really yours.

You got all heated up about it for a while.

is going to go back in the box and I'm going to lose it all.

So you have to ask yourself

when you finally get the ultimate promotion

when you have made the ultimate purchase

when you buy the ultimate home

when you have stored up financial security

and climbed the ladder of success to the

highest rung you can possibly climb it...

and the thrill wears off

How far do you have to walk down that road

before you see where it leads?

it will never be enough.

So you have to ask yourself the question:

When I was a young man

growing up in New York City

I refused to pledge allegiance to the flag.

Of course I was sent to the principal's office.

And he asked me 'Why don't you want to Pledge Allegiance?

I said, 'Everybody once believed the earth was flat

but that doesn't make it so. '

I explained that America owed everything it has

and that I would rather pledge allegiance

and everyone on it.

Needless to say, it wasn't long

before I left school entirely

and I set up a lab in my bedroom.

There I began to learn about science