The faces of several young children are presented in

CLOSEUP, as they walk TOWARD US across a ploughed

field. On the SOUND TRACK, the haunting SOUNDS OF A

GREGORIAN FUNERAL CHANT. The CAMERA PANS UP to the

faces of older brothers and sisters, then to parents

and grandparents. These are not familiar faces, but

faces from another age, strong and open. All are

dressed in the distinctive clothing of the Amish.

Through the last traces of early morning mist another

group of black-clad figures make their way down a lane.

An Amish buggy, black and highwheeled, stark against

the landscape, appears, a spirited chestnut in the

Framed in the glass window of the narrow buggy is the

stern figure of an Amish man in black topcoat and

the face of a boy, attired like his father, peering

The horse's breath smokes on the frosty air, the buggy

CREAKS on its springs, and there's the rhythmic CLIP-

CLOP OF HOOVES on the pavement.

of three others. They disappear as the lane wends

through a leafless thicket of hickory.

A BIG SHOT... now the procession numbers almost a dozen

buggies... it is headed toward a distant farmhouse.

Where literally dozens of carriages are parked. The

horses have been taken from the traces, removed to the

shelter of the barn.

As the black clad mourners begin to move into

the coffins the upper half open. We see that

has been dressed in white linen, a piece of

Partitions have been removed, making the

central rooms of the farmhouse a spacious hall. The place is

packed, a hundred-fifty or more Amish, all sitting in

A wooden coffin rests on a bench in the f.g.,

and near it the close relatives of the deceased occupy a

A young woman of perhaps twenty-seven. Her

face is pale and drawn. In happier circumstances,

although there haven't been too many of late in Rachel's

life, we would see a robust, sensual woman of full

Eight-year-old SAMUEL LAPP flits next to his

would appear stunned, possibly not entirely

And the patriarch, ELI LAPP; his stubborn,

yet not unkind - features grief-stricken.

as it begins to CHIME nine a.m.

as he removes his hat. As one, the men in the

Then the preacher begins to speak in a formal

... a brother has been called home.

God has spoken through the death of 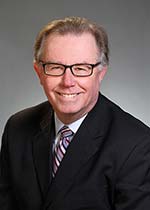