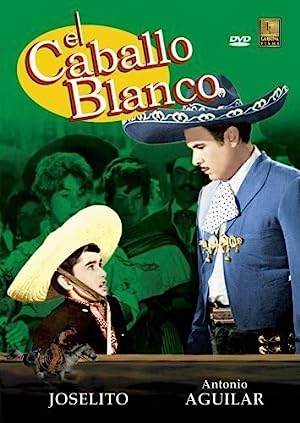 I carry you nailed within my soul,...

although I am an emigrant never in life can I forget you.

One day, on leaving Spain, I turned back my face, crying,...

because I was leaving behind what I loved the most.

Carrying as a companion my Virgin of San Gil,...

a memory and a pain, and a Rosary of ivory.

Goodbye my dear Spain, I carry you nailed within my soul,...

Although I am an emigrant, never in life can I forget you.

With my homeland and my girlfriend and my Virgin of San Gil...

and my Rosary of beads, I just want to die.

If you obey and behave well, maybe we'll let you liver.

You, unload the luggage and careful with your hands.

Take care of them.

Where could my child be? But where will have gone, my God of my soul? Where will he be?

Nothing, man, nothing, I can't find the kid.

A kid of pure gold that I'm escorting in my custody, you know?

A gold kid, eh? And custody?

You frisk him and take care of it.

Now we'll start looking for him and hunt him down like a rabbit.

Listen, don't hurt him, for God's sake, the poor thing!

You, down with those suitcases!

I'm out of my mind missing the dearest I loved,...

passionate for a woman.

I can only abate my pain by drinking heavily.

And if you did it out of malice...

then you'll see me surrounded by flowers, and new lovers who will love me well.

I haven't done anything, sir.

Don't try to tell me you're out for a quiet stroll at this time of night.

Just walked here from Spain? Sure! You think I'm a halfwit?

What, isn't Spain on the other side of the sea?

I mean I came by walking from the ship.

My parents died in an accident more than a year ago.

I was the only one of my family left in Spain.

I mean, except Flix, who was our steward.

My grandmother ordered him to bring me over here,...

but the war made it difficult.

And what about your grandmother, and that Flix?

As for Flix, bandits nabbed him when we were going to Ocotln, which is the town where my grandmother lives.

And they let you go because of your pretty face?

They didn't let me go, I escaped - that's different.

They were forty-one with their chief, like in Ali Baba.

Not "skitch", he wanted to hunt me down like a rabbit.

But no, I already had them do with the seven children of cija...

and the same as Lus Candelas in the Sierra Morena,...

but I still got away despite all the shooting.

Oh, man, enough! How strange, hey, since there's nothing here.

Sure, but suppose this was pretty far away?

I had to crawl through the jungle and ford a river where I had to fight a snake.

Wow, that snake! It was a goods train! It took an hour to pass by!

Then I heard a guitar and a good singer,...

and I said to myself: "Hey, Jos, there's someone singing, and where people are singing, life is good.

"And if there are good people, there may be food for you, since you're hungry. "

~ So are you good people?

I'm asking whether you're good people, or just hungry.

~ Ah, then you should know how to sing.

I know a little, indeed.

I'm a guy who likes to eat with music. Sit there.

Oh! Through the mountains I sing alone.

Through the mountains I sing alone...