Synopsis: The Sixth Sense is a 1999 American supernatural horror-thriller film written and directed by M. Night Shyamalan. The film tells the story of Cole Sear (Haley Joel Osment), a troubled, isolated boy who is able to see and talk to the dead, and an equally troubled child psychologist (Bruce Willis) who tries to help him. The film established Shyamalan as a writer and director, and introduced the cinema public to his traits, most notably his affinity for surprise endings.
Genre: Drama, Mystery, Thriller
Actors: Bruce Willis, Haley Joel Osment, Toni Collette, Olivia Williams
Production: Hollywood/Buena Vista
Nominated for 6 Oscars. Another 32 wins & 48 nominations.

A NAKED LIGHTBULB SPARKS TO LIFE. It dangles from the ceiling of a basement.

LIGHT, QUICK FOOTSTEPS AS ANNA CROWE moves down the stairs.

Anna is the rare combination of beauty and innocence. She stands in the cummy basement in an elegant summer dress that outlines her slender body. Her gentle eyes move across the empty room and

come to rest on a rack of wine bottles covering one entire wall.

She walks to the bottles. Her fingertips slide over the labels.

She stops when she finds just the right one. A tiny smile as she slides it out.

Anna turns to leave. Stops. She stares at the shadowy basement.

It's an unsettling place. She stands very still and watches her

Anna Crowe moves for the staircase in a hurry. Each step faster

than the next. She climbs out of the basement in another burst

WE HEAR HER HIT THE LIGHT SWITCH.

bottle of red wine sits between boxes of Chinese food.

Anna arrives with the backup bottle and is now wearing a sweater.

She hands a collegiate rowing team sweatshirt to Malcolm.

MALCOLM CROWE sits on the floor at the coffee table, his vest and

tie on the sofa behind him. A jacket and an overcoat lay on a

Malcolm is in his thirties with thick, wavy hair and striking,

intelligent eyes that squint from years of intense study. His

charming, easy-going smile spreads across his face. He points.

That's one fine frame. A fine

Malcolm points to the HUGE FRAMED CERTIFICATE propped up on a

The frame is a polished mahogany.

He slips on the sweatshirt.

that cost, you think?

Anna hands the backup bottle over to Malcolm.

I've never told you... but you

Malcolm uncorks the wine and starts pouring in the empty glass.

Anna, I'm serious. Serious I am,

it. Anna takes a few calming sips of her wine. Her attention

slowly moves to the framed certificate.

Mahogany. I'd say that cost at

Three? We should hock it. Buy a

C.D. rack for the bedroom.

Do you know how important this is?

This is big time.

I'm going to read it for you,

Anna ignores Malcolm and clears her throat. She leans forward

In recognition for his outstanding

achievement in the field of child

psychology, his dedication to his

work, and his continuing efforts to

improve the quality of life for

countless children and their

families, the City of Philadelphia

proudly bestows upon its son Dr.

the Mayor's Citation for

Beat. The power of the words sobers the two of them.

Wow. They called you their son.

We can keep it in the bathroom.

Anna turns to Malcolm. He smiles.

It's not real, Anna. Some

secretary wrote that up. Don't

tell me you thought it was real? 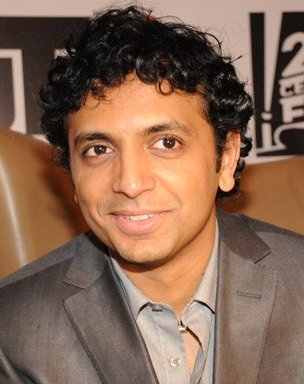 Submitted by acronimous on February 22, 2016