Synopsis: Stanley Goodspeed, who lives in Washington D.C., is a biochemist who works for the FBI. Soon after his fiancée Carla Pestalozzi announces that she is pregnant, Stanley gets a call from FBI director James Womack. Womack tells Stanley that San Francisco's Alcatraz Island has been taken hostage, along with 81 tourists, by marine General Francis Xavier Hummel who, for years, has been protesting the government's refusal to pay benefits to families of war veterans who died during covert military operations. The death of his wife Barbara Hummel on March 9, 1995 drove General Hummel over the edge, and now he's holding hostages in order to get his point across. Stanley is needed because General Hummel has stolen some VX gas warheads and has announced that he will launch them onto San Francisco unless his demands are met. Stanley knows how to disarm the bombs, but Stanley needs someone who knows Alcatraz well enough to get him inside. That man is former British intelligence agent John Patrick Ma
Genre: Action, Adventure, Thriller
Director(s): Michael Bay
Actors: Sean Connery, Nicolas Cage, Ed Harris, John Spencer
Production: Disney
Nominated for 1 Oscar. Another 9 wins & 8 nominations.

A SILHOUETTED MAN in front of mirror dons his Marine dress blues. Spit=

polish shoes laced. Medals clipped to jacket. All in CLOSE-UP. We never=

The Man puts HIS HAT squarely on his head. EYES glint.

On the man's dresser: MARINE MEMORABILIA. Three Purple Hearts, photos of a=

WOMAN (his wife), PHOTOS OF MARINES in combat locales. TIGHTER into the=

IMAGES:
Through smoke, a desperate MARINE PRIVATE who knows he will never be=

rescued... TWO MARINES walk up to a farmhouse door; through the screen we=

see a MOTHER AND DAUGHTER who know what the news will be...

IMAGES:
A MARINE COLOUR GUARD carries a COFFIN... Now we are the coffin as=

a FLAG drapes down on us.

placed into a YOUNG WOMANIS HAND.

Now we're in ARLINGTON CEMETERY. Images of the cemetery are reflected in=

wet puddles, as the SPIT-SHINED SHOES walk past images of the TOMB OF THE=

UNKNOWN SOLDIER a ROW OF GRAVES comes into focus

A1G CLOSE-UP on the MARINE'S HAT, and his EYES. Suddenly AN

EXPLOSION and we see --

A MARINE in a jungle, radioing for help: ,You gotta get us outta here sir,=

Jesus, they're all over us... ! And an' EXPLOSION ends the communication=

AII CLOSE-UP on the MARINE'S EYES and FADE IN:

Camels and watch the MARINE OFFICER from the opening montage. He's alone,=

You'll get used to him. Every Sunday morning - rain, snow, holidays nothin,=

Hi Barb. The house sold yesterday. I know, I know, the market's=

(cont I d) Anyway, I'm leaving the area. Some things I have to do. Things=

I couldn't do while you were here. Maybe you would have approved. Hell, I=

know you wouldn't have.

I've tried everything and I can't seem to get their attention. But now=

they'll learn how it feels on the other side. Let's hope it elevates their=

Hummel puts new flowers on the grave. Walks off.

Heavy rain. A road next to a heavily guarded bunker facility. A canvas=

covered ARMY TRUCK blows a tire in the road. The DRIVER gets out. =

FOUR MARINES in black suits dive through a hole in the

truckbed floor into a MANHOLE IN THE ROAD.

Three ARMY M.P.s at the front GUARDHOUSE. GENERAL HUMMEL pulls up in a=

SUBURBAN. The M.P.s immediately recognise him and stand more=

General Hummel, sir. It's an honour.

Is the Colonel expecting you, sir?

Held better be. This is a security

The four marines from the truck are waiting, readying arms. The leader is=

looking at his watch. Gives a hand signal to the others, and up they go=

The four marines emerge from the storm drain and move toward

covered positions in the compound.

200 YARDS AWAY - TWO ARMY "MAGAZINE CHECKERS" emerge from a

building with clipboards, on routine check.

from their SURVEILLANCE MONITORS. Everyone's nervous, in awe, rigid at= 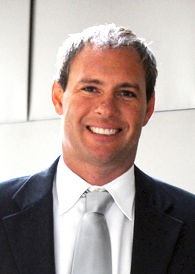 David Weisberg is an American screenwriter, best known for writing 1996 film The Rock, which he co-wrote with his writing partner Douglas Cook, who died on July 19, 2015. His other credits with Cook include Payoff, Holy Matrimony, Double Jeopardy and Criminal. They also wrote another action thriller script Blank Slate, which is currently un-produced at Bold Films. more…