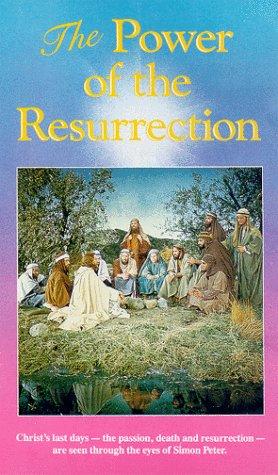 The Power of the Resurrection

Synopsis: A young man, Facing torture and possibly death for his Christian beliefs, confesses his fears to Peter, who awaits a similar fate. Peter tells him of fear he felt in following Jesus' arrest in the Garden of Gethesamene, when he denied knowing him three times - and yet Jesus told him that he would be the rock upon which the Church was built. Peter goes on to relate the events of the passion week, including the Christ's crucifixion, resurrection and ascension.
Genre: Drama
Director(s): Harold D. Schuster
Actors: Richard Kiley, Jon Shepodd, Jan Arvan, Morris Ankrum
Production: VCI Entertainment

The one called Marcus

I'm the one who really wants take me no

Peter we'll get around to you later

torture in torture all of us people that

frame a yes I can't face that I can come

if I were brave like you it would be

different but your health feels inside

or not you want to run away but you

can't so if all the others weren't here

you you'd start to cry like a child yes

I know how it feels to be afraid

you are to the bravest man I ever met

you should know the truth it may help

you in the times we have ahead of us I

can't believe that you were ever afraid

loud and boastful I was oh how proud I

was of my faith in the master when we

set out for Jerusalem for the Passover

and when we stopped at Bethany crowds

throng through the streets to see

especially after what they had heard

but among the crowd with one man who had

come from Jerusalem on a very serious

mission he had been drawn to Bethany by

man is lucky to find anything at all the

Jerusalem earlier this morning I just

had to come and see for myself

difficult to believe I grant you but I

placed him in his tone and the day he

walked out tell me the man who did this

this miracle you know him never saw him

before he's from Galilee well his

disciples you know any of them seen them

but I don't know them now Lazarus I do

know him did you see him no but you

touching the hand of the Almighty

in God all his life but how many of us

are privileged to see such proof a man

who God has reached down and raised from

the dead God has raised people say it's

the Galilean but could anyone do such a

thing except that low mighty did it

through him you'll raise an interesting

question my friend one the first about

his disciples there's one of them now

looking but yes want us to judge by him

they told me who you were I didn't

what did you say you're one of his

disciples yes my name is Judas what

about it it's just strange that's all

disciples of a man who can do such

this I should think you'd be able to

simply snap his fingers behold another

why whatever you wish just for the

wishing that should be easy enough for a

man who can raise the dead they will all

Romans so that's now that begins to make

sense you feel the same I do

there will be no freedom in Judea until

the Romans are driven out just good to

meet a friend where are you from

Jerusalem Jerusalem he needs friends in

Jerusalem I would talk with you more we

have little to talk about we already

agree but what about the other disciples

how do they feel the same I don't know

they're a strange impractical lot not

much to build a revolution on but he

doesn't need any of them still it would

help if they were for it which would you

say was the best prospect Simon Peter a

kiss you can appeal to his vanity oh yes

give him the chance he'll talk himself

into it he's your best bet where could I

- find this man here on the marketplace

That tall man he's not alone

good I think it would be better my

The Power of the Resurrection