Synopsis: The Grudge is a 2004 American supernatural horror film and a remake of the Japanese film Ju-on: The Grudge. The film was released in North America on October 22, 2004 by Columbia Pictures,[citation needed] and was directed by Takashi Shimizu (director of all previous Ju-on films)[citation needed] while Stephen Susco scripted the film. The plot is told through a non-linear sequence of events and includes several intersecting subplots. The film was a box office success, making over $187 million against a $10 million budget, though it received only mixed reviews from critics.
Genre: Horror, Mystery, Thriller
Actors: Sarah Michelle Gellar, Jason Behr, William Mapother, Clea DuVall
Production: Sony Pictures Entertainment
2 wins & 10 nominations.

sound of wind, and rippling cloth.

Maria stirs, and opens her eyes. She stretches contentedly.

Then she frowns. Rolls over. She’s alone in the bed?

Two fresh, steaming mugs of coffee sit on a tray near him.

Hey. Are you okay?

towards an OPEN WINDOW.

There’s something strange about the way he moves -- stiffly,

Maria gets out of bed, concerned.

He pauses at the window. Turns his head to look back at her.

His eyes are vacant. His face is a blank.

Then Peter slowly leans forward. And falls from the window.

Maria stands in shock as the sound of SCREECHING TIRES from

outside reaches her ears. Then SCREAMS OF TERROR from below.

Aghast, she finally manages to numbly walk forward, towards

the window. We MOVE PAST her and TILT DOWN TO REVEAL ---

PETER’S BODY lies in the middle of the street. His head

has burst open, his body broken and twisted.

ON THE PAVEMENT:
a line of blood appears, moving down the

center of the screen. As if hitting grooves we cannot see ---

the blood slowly forms the shape of two KANJI CHARACTERS.

A translation appears over them: “The Grudge.”

subway tunnel. Most are Japanese. We’re not in Kansas.

Standing in the middle of the rush-hour pedestrian traffic is

someone. The flow threatens to carry her away in a

heartbeat. She looks fragile, intimidated by the madness.

She turns to see her boyfriend DOUG (20s, American)

approaching. With a reassuring smile he takes her hand -

-- and together, they force their way through the throng,

trying to escape the flow. They’re jostled and crushed by

I’ll never get used to this.

Maybe we should find a different

He abruptly stops, right in the middle of traffic, still

She sees the smile on his lips a moment before -

-- he sweeps Karen into his arms and kisses her. As if the

crowd of businessmen surging around them isn’t there at all.

It’s tender and loving, and she responds... at first. But

then she pulls away, shy.

A public display of affection is

There’s an opening ahead into a SIDE STREET. Doug and Karen

deftly slip out of the traffic -

-- and walk hand-in-hand down the much quieter street, away

from the crowded thoroughfare.

making out on the street corner. He turns to give Karen a

-- but she didn’t notice the school kids. She’s looking in

the other direction, at a trickle of SMOKE wafting up over a

Doug follows as she walks toward an OLD TEMPLE, nestled

beneath a skyscraper. A collision of the ancient and modern.

The fence surrounds a GRAVEYARD adjacent to the temple.

We walk past this temple every day,

Yeah, but I’ve never seen this

A JAPANESE MAN stands before an ornate headstone, lighting a

bundle of incense and bowing before the grave. 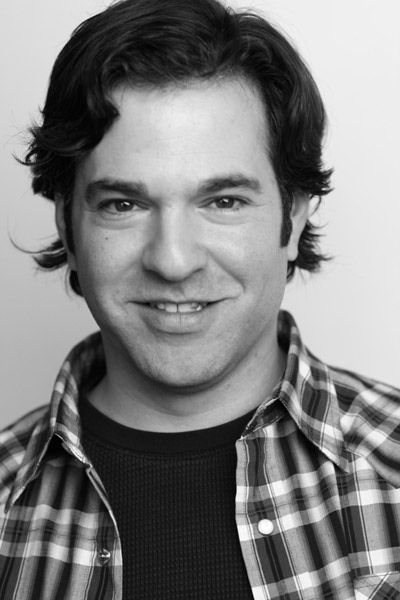 Stephen Susco is an American film and television screenwriter who is most famous for writing the hit movies The Grudge and The Grudge 2. more…