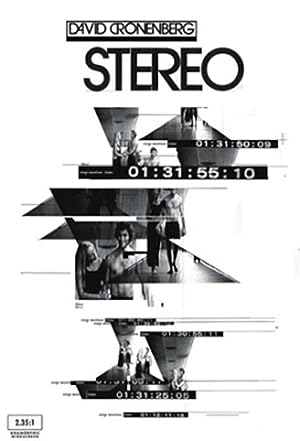 Synopsis: Sometime in the future, the Canadian Academy for Erotic Inquiry is investigating the theories of parapsychologist Luther Stringfellow. Seven young adults volunteer to submit to a form of brain surgery that removes their power of speech but increases their power for telepathic communication. An unseen group of students observes the results. As the experiment progresses, Stringfellow's theories come to fruition. Later, aphrodisiacs and various other drugs are introduced to the subjects to expose an inherent polymorphous perversity. In the end, they are isolated from each other, provoking antagonism and violence between them, which results in two suicides.
Genre: Sci-Fi
Director(s): David Cronenberg
Actors: Ronald Mlodzik, Jack Messinger, Paul Mulholland, Iain Ewing

Now that we have some insight,

into the concept of experiential space

we may consider interaction among

of a highly unique group of individuals.

In general, a study of the varying

in the context of man in his society

is known as human social cybernetics.

whose program was developed within the

The object of surgery was

to extend by a process called

network of the human brain.

This extension would provide each

A telepathist is one who can

communicate with other minds

by means which do not involve

perception by the senses.

Thus, telepathy is a form

Our subjects were to be kept in isolation

at the institute for three months.

Where they were to prepare for

their first meeting as a group.

This meeting was to take place at the academy

sanitorium in the Ontario north woods.

is an extreme form of psychic addiction.

It is essentially an

The dependent, surrending the

autonomy of his own nervous system

to that of the onject of his dependency.

And altering his patterns of

to mimic those of his object.

When the object of dependency is telepathically

unavailable for long periods of time

without a constant source

begins to manifest itself in the dependent.

At its most intense level

a frustrated dependency can result in the

In as much as the establishment of

of the subject upon his researcher

is an unavoidable part

The means to maintain this

dependency at a controllable level

must be considered an organic element

During the institute phase of

possessed of a statistically excessive,

wounded himself in the

forehead, with a hand drill.

The wound, a hole about

one-half an inch in diameter,

and seemed to afford him the relief

and electro-chemical dissociation, which he sought.

It will perhaps clarify these matters

if we consider the specific configuration

of the Category-A subject.

Category-A is a classification

which finds its meaning within

of the aphrodisiast and theorist

It is not what is usually considered

Based for example, upon physical

Category-A, is rather a certain

field reaction of the researcher

to an intensive period of personal interaction

with each of his potential subjects.

There is also, therefore, the element

of an aesthetics of human form.

in the Category-A system

Dr. Stringfellow made his name, as an

exponent of the existential organic approach

to the sciences, long before his work

is the existential organic 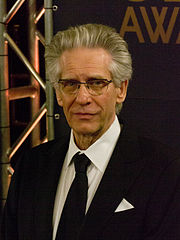 David Paul Cronenberg, CC OOnt FRSC (born March 15, 1943) is a Canadian filmmaker, actor and author. Cronenberg is one of the principal originators of what is commonly known as the body horror or visceral horror genre. This style of filmmaking explores people's fears of bodily transformation and infection. In his films, the psychological is typically intertwined with the physical. In the first half of his career, he explored these themes mostly through horror and science fiction, although his work has since expanded beyond these genres. His films have won numerous awards, including the Jury Prize at the Cannes Film Festival for his film Crash (1996). more…