This is a true story about friendship that runs deeper than blood.

This is my story & that of the only 3 friends in my life who truly mattered.

Two of them were killers who never made it past the age of thirty.

The other is a non-practicing attorney living with the pain of his past...

...too afraid to let it go, never confronting its horror.

I'm the only one who could speak for them...and the children we were.

My three friends and I were inseparable...

...happy and content to live in the closed world of Hell's Kitchen.

The West Side streets of Manhattan were our private playground...

...a cement kingdom where we felt we were nothing less than absolute rulers.

Hell's Kitchen was populated by an uneasy blend of...

We lived in railroad apartments inside red brick tenements.

Few mothers worked and all had trouble with the men they married.

I buried one f***ing wife, I could bury another one!

Domestic violence was a cottage industry in Hell's Kitchen.

Yet, there was no divorce and few separations.

The will of the Church was forceful.

For a marriage to end, someone usually had to die.

Yet, despite the harshness of life...

...Hell's Kitchen offered the kids on its streets a safety net...

...enjoyed by few other neighborhoods.

Crimes against people of the neighborhood were not permitted.

When they did occur, the punishment doled out was severe...

A drug dealer from uptown moved heroin into Hell's Kitchen.

A packet killed the twelve-year old son of a Puerto Rican numbers runner.

It was the last packet the dealer ever sold.

Hell's Kitchen was a place of innocence...ruled by corruption.

My friends and I spent lots of time inside Holy Angels.

We each served as altar boys.

Everyone wanted to work funeral masses,

since the funeral included a $ fee...

...and more if you looked sufficiently somber.

There was an active competition between the four of us...

...to come up with the best and boldest prank.

I found the nun's clacker in the school hallway...

...and I was ready for the big leagues.

In church, it was used to alert the girls as to when...

...they should stand, sit, kneel and genuflect...

...all based on the number of times the clacker was pressed.

In my pocket, it was cause for havoc.

And you will receive the gifts...

It's gonna be a great day and your...

...parents will be proud of you. When you were baptized...

...godparents made promises for you. And now...

-You're gonna confirm those promises. -Let me have the clacker.

Nuns are such easy targets.

John and I spent more time in church than the others.

We were the only two in the group to give any thought of entering the priesthood. 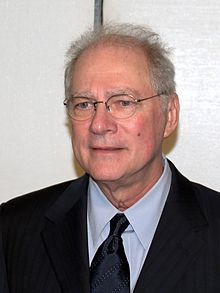 Submitted by acronimous on November 02, 2017