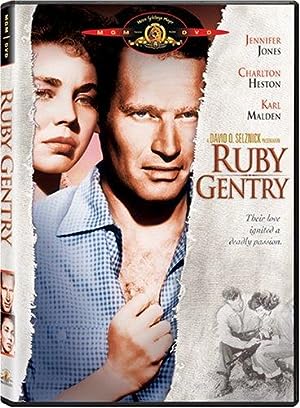 Synopsis: Despite their different social class Ruby and Boake grew up together in the 1950s North Carolina. Ruby Corey lived with her poor family in the swamps while Boake Tackman lived in a mansion with servants. As long as their friendship stayed within the socially acceptable limits no one objected. In adulthood their friendship becomes a mutual romantic attraction. Ruby wants to marry Boake but he only seems interested in romantic play without commitment. Maybe conscious of his social status or maybe being afraid to offend his snobbish family and conservative hometown folk, he marries a rich girl. Out of revenge Ruby marries Jim Gentry, a recently widowed rich old man to whom many townsfolk and local businesses owe money. When Gentry dies in an accident, the town blames Ruby. A now rich Ruby takes revenge on the town's folk by calling in their debts and loans. The girl from the swamps has become the town's biggest nightmare.
Genre: Drama, Romance
Director(s): King Vidor
Actors: Jennifer Jones, Charlton Heston, Karl Malden, Tom Tully
Production: 20th Century Fox Film Corporation

Silvia Richards was a screenwriter who worked on a number of films in the 1940s and 1950s, including the film noir Ruby Gentry and the Western Rancho Notorious. She also wrote for television in the 1950s and early 1960s. more…

Discuss this Ruby Gentry script with the community: