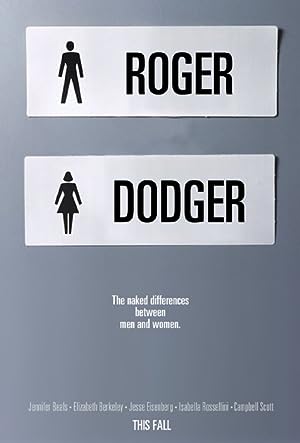 Synopsis: Set against the bright lights of Manhattan, a tale which takes a comic, urbane look at the modern male ego at war in the singles scene trenches. Roger Swanson is a hopelessly cynical advertising copywriter with a razor-sharp wit who believes he has mastered the art of manipulating women. But Roger's seemingly foolproof world of smooth talk and casual sex begins to unravel when he is paid a surprise visit by his teenager nephew, Nick. Hoping to settle, once and for all, the issue of his virginity, Nick begs Roger to school him in the art of seducing women. Welcoming the challenge, Roger guides Nick through the city's wild nightlife for an all-night crash course, only to realize that he--the adult--still has something to learn about what women, and men, really want.
Genre: Comedy, Drama
Director(s): Dylan Kidd
Actors: Campbell Scott, Jesse Eisenberg, Isabella Rossellini, Elizabeth Berkley
Production: Artisan Entertainment
12 wins & 14 nominations.

What's happening right now|is important only in the context...

of our continuing evolution|as a species.

Roger, all I'm saying is that I wish my|sister would learn to read a subway map.

By saying that, you disregard|the primary importance...

of utility in human relationships.

Our ability--|Men's ability to read maps...

to navigate, makes us useful.

You should discourage your sister|from even looking at a map.

Are you saying that we women|have an inferior sense of direction?.

Which way is north,Joyce,|without looking around?.

You heard me. Point north.|Quick. North.

As she has throughout history...

the female responds to the male|who displays the most utility.

By honing those skills|which make me useful...

You stay home honing your ability|to program a VCR?.

Go ahead and chuckle, okay?.

But until women evolve the ability|to move objects telepathically--

Here's to brute strength then.

Yeah. I want a guy to do more|than just program my VCR.

Oh, I'll program your VCR, baby,|like you never had it.

Interestingly, a group of scientists|in England...

without the use of sperm cells.

I don't understand that.

Every cell in the human body|contains a copy of the genome pattern.

The only reason sperm cells|have all the fun is that up until now...

will render sperm as useless|as an assembly line worker in Detroit.

Luckily, my accountant set up a golden|parachute for my sperm years ago.

In case they were downsized.

Just so you know, Roger,|you know that we women...

- But are men absolutely necessary?.|- I don't know that.

Think of the structure|of the female genitalia.

What is the most sensitive part|of the vagina?.

He thought it was India.

The crown of the clitoris|contains 8,000 nerve fibers.

It's a far great concentration|than in any part of the male body...

It is the most efficient,|pleasure-delivery system...

ever devised by nature.

why didn't the clitoris end up|inside the vagina...

so that intercourse|would be naturally...

Because in primitive time,|women died of childbirth.

So for intercourse to be|too pleasurable...

- What does that tell us?.|- Evolution is looking out for us girls?.

that are larger, longer,|even more sensitive.

And a woman's ability, as well as|her desire to self-stimulate...