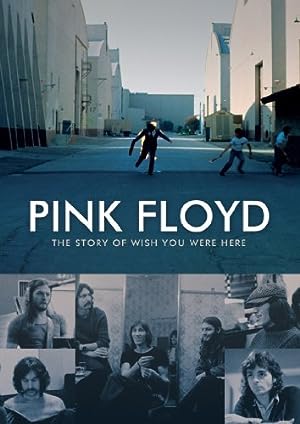 This Programme contains some strong Language.

# Running over the Same old Ground

# What We have found?

It did Stem from Those first four Notes

That popped out one of the Guitar Day in King's Cross.

Somehow, Those Notes evoked a Song About Syd

and HIS Disappearance, Absence, if you Like, in Roger.

It's My homage to Syd

My heartfelt and Expression of My Sadness and ...

for the Loss of the friend.

# You Were caught in the crossfire

# Of Childhood stardom and

# Blown on the steel Breeze. #

Obviously Roger felt About Syd, and Certainly , it matches mine.

What was I Think SO Important was not to try

and write HIM out of History.

# Come on, you Stranger

# You legend, you Martyr

There are no generalities, really, in That Song.

It's not About, "All the Crazy Diamonds" , it's about Syd.

AND THEY Vocalize EMIT noises

When I first SAW the Floyd, I Remember ...

I Mean, the first thing you Noticed was the Lights,

Because nobody was doing That then. At least I hadn't seen it.

But Syd Started to really shine.

You know, you couldn ' t really take your eyes off him,

even in the murk and the purple and green Blobs, you know,

the bright-eyed Syd and his singing and his guitar playing

kind of jumped out at you.

By the time I was working with Them in the Studio,

you know, IT Certainly was not Syd and backing Group.

Syd was a very wonderful CHAP.

You know, He was out-going, charming, wonderful, Friendly.

You Name it. I mean, a wonderful man.

He was one of the Gang, I guess you'd Say.

Rather annoying, Though - Good Looking He was

and Played Guitar and Could paint,

Always HAD nice and Girlfriends.

No-one That you really Ever Would have imagined

Would wind up the way He did wind up.

# Remember When you Were Young

# Little by Little The night Turns around

# Counting the leaves Which Tremble at Dawn

# Heart of the sun

In this Post Dark Side Of The Moon period,

We Were All having to ASSESS

What We Were in this for Business,

why We Were doing IT, Whether We Were Artists or Business People.

Having Achieved the Sort of Success

why We still Would Want to Continue to do IT.

Yeah, I remember the disappointment of Top Of The Pops

or having the first hit single or whatever.

It's not as world-shaking

and as changing Perhaps you expect IT to be.

So maybe, you know, Because of the enormous success

of Dark Side, there was still That sense of,

"Well, this Has not made us feel enormously different or satisfied. "

Roger, I Think, Sometimes Has He Thinks That said

That We Were kind of finished at that point,

He and May have Been right.

I Think We Were at a watershed then ,

and We Could Easily have Split up then.

And We did not, Because We Were Frightened

of the Great out there, Beyond the Umbrella

of this extraordinarily Powerful and Valuable Trade Name - Pink Floyd.

It was the first Song They Played, and IT was Like, "Whoa,"