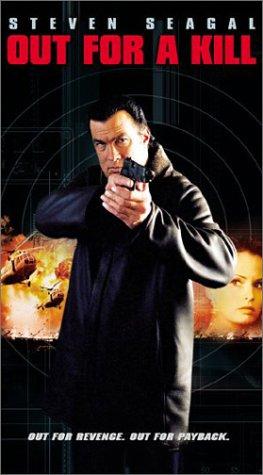 Synopsis: Archeology Professor Robert Burns is on location leading an important dig in the ancient ruins on the Far Eastern Chinese border. He accidentally discovers that the Chinese Mafia, the Tong, is using his newly discovered ancient Chinese artifacts to hide and smuggle narcotics across the border. Robert immediately tries to flee with his assistant and narrowly manages to escape the pursuing Tong but not without a heavy price. His loyal assistant is killed and he is framed with the evidence at the Chinese border by the Chinese military and U.S. Drug Enforcement Agency. He is locked up in a Chinese prison where he is guilty until proven innocent. His loving wife Maya vows to help get him out of jail. The DEA finally convinces the Chinese military that Robert may be of more help to them outside jail by leading them to the real smugglers. Once he leaves his Chinese prison cell Robert would rather enjoy his freedom back in the U.S. and keep his past behind him, but The Tong catches up to him a
Genre: Action, Crime, Thriller
Director(s): Michael Oblowitz
Actors: Michelle Goh, Steven Seagal, Corey Johnson, Tom Wu
Production: Sony Pictures Home Entertainment

All warfare is based on the art of deception. | Sun Tzu The Art of War

investigating narcotics | and other related crimes.

I was assigned to work | with an American D.E.A. Agent, Ed Grey.

We've been in six countries | tracking an international drug ring.

I'm here with the cop | from Hong Kong Narcotics.

She says this is | a typical Chinese gang takeover.

They didn't spare anyone.

As I look at the men | seated around this table...

I see the beginning of a new era.

Front:
Laundromats all over Paris

Has a penchant for French restaurants

Fang Lee a.k.a. The Barber

the Chinese families are merging.

A united tong is powerful enough | to push other syndicates...

There will come a day | when the Chinese families...

This is a dangerous time.

We must take special care...

and no one interferes | with this historic event.

It will be the most important merger | and business transaction...

in the history of the Chinese families.

Would you look at that? It's so beautiful.

It only has one eye.

You know what they say:

As a consequence | of his recent meticulous excavations...

at the Yangling Tombs...

Professor Robert Burns | has been selected to be the recipient...

of the prestigious and much coveted | Winthrop Award...

for excellence in archeology. | It is now my honor to call to this stage...

this university's | most distinguished academician. ;

dedicated assistant Yi, | and her father, my mentor...

Without them I wouldn't be here today.

I look very much forward | to my next dig in China.

Thank you so much.

What's an ex-jarhead pilot | doing over here in China?

Some of the places I set down, | that's why they hire me.

You flew 130s and | now you're flying this little piece of shit.

You're sure going down in the world.

The more off the beaten track it is, | the better I like it.

That's impressive. | Is that why they call you Crash?

No, it's just a little joke, Professor.

They call me Crash because I never have.

Next time you need to go somewhere, | call me.

You're from New York. | I run a flight school back there.

Look at that view!

Your site is right over that second hill.

These artifacts are just amazing.

Ancient Chinese emperors stored the ashes | and spirits of their loved ones in these.

They used to be used in processions | of the Third Dynasty.

They're all hand-carved from jade.

- Let's get these ready for shipping. | - Okay, Professor.

Make sure you date and log all these notes.

The seals have to be closed | according to customs specifications.

All right, let's get these | up to the transport shack.