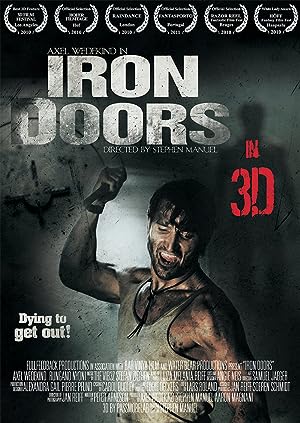 had been under the reign of King John for 16 years.

The most villainous of England's monarchs,

John was renowned for losing wars with France,

and sleeping with the wives of barons.

The barons finally rebelled against their king,

and became locked in a bloody civil war

lasting for over three years and decimating both armies.

In time, the Knights Templar were drawn into this conflict.

With the help of these highly trained warrior monks,

King John and his royal army were eventually defeated.

It was agreed that John could remain on the throne,

upholding the rights and privileges of all free men,

but ultimately limiting the power of the monarchy.

The Magna Carta was sealed at Runnymede

It will be remembered throughout history.

What is not remembered is what King John did next.

Does the Pope hold his word?

Oh, how have faith, Captain Tiberius.

His Eminence is waiting to hear you hold to yours.

The Church will stay out of your lands, you have his word.

We'll get your country back.

Abbot Marcus. We seek shelter from the storm.

What business do you have here?

Our business is with God at Canterbury. We need only shelter.

Shelter you shall have. Food also.

You treat the Lord's servants well.

You wear the mark of the Templars, yet you carry no swords.

These men have no more need to fight.

Templars masking their faith and travelling without swords.

As God is our witness, Baron, these men have nothing to hide.

Abbot, save your benedictions. The Templars fought against the King.

Now you sleep in a king's castle. These men have plenty to hide.

You there. What say you?

They say nothing. They hold vows of silence.

Just be gone by the morning.

When I accept guardianship over men who take the vows of silence,

I'm also informed of what led them to me in the first place.

I know the Templars placed a heavy burden on you.

I know you're deeply scarred.

The cross on your tunic

is a symbol of your faith in God's will.

It should not be full of the torment it now bears upon your soul.

When we arrive at Canterbury,

I'm requesting your leave from the Order of the Knights Templar.

Open the gates for the King!

Marshal, did you see royal colours?

Is that your hand, Darnay?

The barons threatened my life, forcing me to sign it and betray you.

I know the feeling.

This insanity must cease.

Open the door. His quarrel is not with us.

If you three stand before the King, there will be nothing but death.

What good fortune, Darnay. It seems you will have your last rites.

To what do I owe the pleasure of the Church visiting my castle?

We were in the storm, sire. Baron Darnay granted us your hospitality.

Sire, we entered your castle as unarmed men. We seek no fight.

Are you aware, Abbot,

that your kind stood at Runnymede and forced my signature,

and now you sleep under my roof?

Your Highness, we travel to Canterbury

with simple articles of faith.

I ask your mercy that we may pass.

And I will grant you the same mercy

that the Church and the barons of this country bestowed unto me.

Discuss this Iron Doors script with the community: