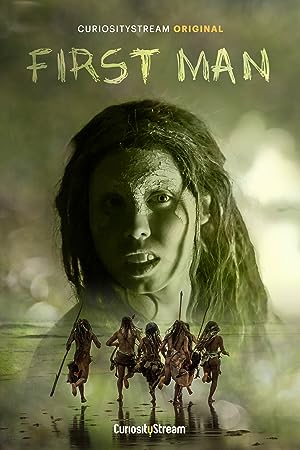 Synopsis: Which of the great primates of 25 million years ago is our common ancestor? Is it pierolapithecus? In this CuriosityStream original film, follow the journey of primates, developing into homo erectus and then to homo sapiens, through millions of years of evolution and thousands of miles of migrations.
Genre: Documentary
Director(s): Fred Fougea, Jérôme Guiot
Actors: Nadine Adams, Jason Barnard, Fred Bobbitt, Lee-Shane Booysen

a new species appeared on earth:

Among them was one family

They were our distant ancestors.

Through evolution they gave rise to new,

They ventured far and wide and invented hunting,

They competed with the great beasts,

conquered the planet, adapted to every climate.

They became us, Homo sapiens,

Where and when did our lineage begin?

Who was the first of us?

What is that quality that makes us human?

The difference that sets us

apart from other animals?

Thanks to the latest scientific discoveries,

we are about to take a journey

into the depths of time

to find out which of our ancestors took

and gave birth to the first man.

at at time of intense global warming,

with the vast Tethys Ocean fragmenting

and closing off in the near east,

Our distant ancestors followed the forest

and rapidly populated the ancient world.

They ruled the canopy, a

stretched from Europe to modern-day China.

This is the age of the planet of the apes.

Which of these great primates

is our common ancestor?

The Mediterranean coast 13 million years ago

The animal kingdom has never seen such a marvel.

This great ape is the origin

of our family, but how?

What makes him our great grandfather?

We are only beginning to understand.

Pierola lives in the trees

He is too heavy to walk on the branches,

Though he does sometimes end up on two feet.

on the ground, but up in the branches.

Bipedalism was not man's invention, but the apes.

This Pierola is a young male.

He left his family several days ago.

He now faces a difficult task:

being adopted by a new group.

And he's just discovered one.

His fate will be decided here.

But each group has its own territory

and intruders are rarely welcome.

A young female and her infant.

Not easy to approach.

Up there, there is an older female.

but it is far too dangerous to approach.

To be accepted, he must first be noticed.

Has the young female picked up his scent?

She's the most beautiful Pierola he's ever seen.

It seems to be going all right.

But there's another story with the alpha male.

He could kill him.

But for now it's just physical intimidation.

But his mood provokes an unexpected reaction.

Our ancestors possessed a new quality

previously unknown in the animal kingdom.

Something shared by a very few species.

Understanding the emotions of others.

Even extraordinary, they are affected by

the feelings of others.

It's happening to the older female.

She feels the distress of the young male

and it makes her anxious.

She wants to find out more about him.

Empathy is a powerful force.

It is the thing that allows us to live

in a society today.

Why does he need to be adopted by strangers?

It relates to the social structure of Pierolas.

The females never leave the group while

the males are forced to leave in adolescence.