Synopsis: Buddy (Will Ferrell) was accidentally transported to the North Pole as a toddler and raised to adulthood among Santa's elves. Unable to shake the feeling that he doesn't fit in, the adult Buddy travels to New York, in full elf uniform, in search of his real father. As it happens, this is Walter Hobbs (James Caan), a cynical businessman. After a DNA test proves this, Walter reluctantly attempts to start a relationship with the childlike Buddy with increasingly chaotic results.
Genre: Comedy, Family, Fantasy
Actors: Will Ferrell, James Caan, Bob Newhart, Edward Asner
Production: New Line Cinema
2 wins & 7 nominations.

A Christmas book entitled "ELF" sits on a table, a drawing of 6'2" BUDDY THE ELF (the guy we've seen from all the trailers and posters) is on the cover.

We push in on the book and it magically flips open to the first page: a drawing of small Papa Elf in his wonderful work shop.

PULL OUT FROM THE BOOK TO REVEAL

The real life Elf and Workshop of the drawing we have just seen. PAPA ELF, 540 years old or roughly 55 in human years, is surrounded by scores of strange and specific tools and some scattered half-built toys.

So you're here for the story? Okay. Just let me wet my whistle.

He pours himself a shot of milk in a snow-flake shot glass and downs it.

Whoo! That's strong! Must be two percent! Elves love to tell stories, you probably didn't know that, did you? Well, there's a lot of things about us that people don't know. For instance, we can't tell a lie. It's physiologically impossible. Here's another interesting Elf-ism: There are three jobs available to an Elf. You can make shoes at night while an old cobbler sleeps...but it's not exactly the most rewarding work.

QUICK CUT AWAY TO

Two ELVES hammering away at a pile of shoes as a fat shoemaker sleeps with a copy of "Hot Cobbler" magazine on his chest, a busty cobbler lady on the cover.

The exterior of a tree, we hear cooking going on inside.

...you can bake cookies in a tree. But it's dangerous having an oven in an oak during dry season...

We hear a yelp and now a siren rings and then the TREE BURSTS INTO FLAMES, ELVES SCURRYING OUT.

But the third job. Well, the third job makes being an Elf worthwhile. Some call it "the show" or the "big dance". It's the profession every Elf aspires to. And that's to build toys in Santa's workshop.

A TRACKING SHOT OF SANTA'S WORKSHOP

The CAMERA whips by a crowd of bustling elves building dolls, toy horses, action figures, squirt guns...everything. There's even a row of X-boxes being assembled.

It's a job only an Elf can do. Our nimble fingers, natural cheer and active minds are perfect for toy building. They've tried using Gnomes or Trolls but the Gnomes drank too much and the Trolls weren't toilet trained.

1) A drunk GNOME, stein in hand, vomiting below the table. 2) A TROLL wearing a diaper is chewed out by an Elf cleaning up the floor.

And no human could ever do this work. Their hands are too big and they tend to get testy when over worked. In fact, no human has ever set foot in Santa's workshop. That is until about thirty years ago. And in case you haven't guessed it, that's our story. It was back in 1968. A particularly successful Christmas...

You're quite a giggler, aren't you?

Well, it's time for night-night.

She tucks the baby in and exits.

The Rocking Crib. The BABY rises, giggling. His eyes light up as he stands, holding the gate of the crib.

Santa's black boots drop in from the chimney. The baby shakes the gate. Quickly, Santa moves to the Christmas tree, where he lays out presents. There is an OFF-SCREEN CLANG! Santa LOOKS UP and sees the empty crib. The gate is down:

He gleefully skitters across the floor towards a large, fuzzy teddy bear in SANTA'S BIG RED BAG. 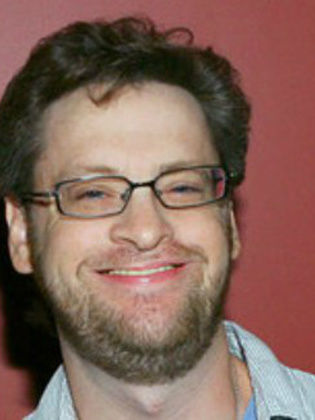 Discuss this Elf script with the community: