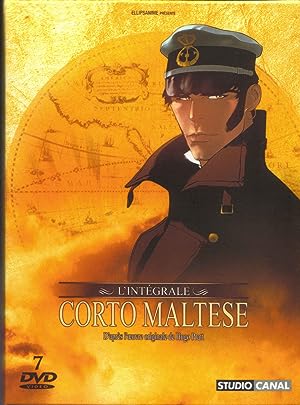 doubt my sincerity, but it does not matter.

Every day I go to church to pray,

but my word for many, not worth much.

I am by nature an adventurer, and this is not understood

so seriously in life, such as war.

Europe did not have a choice, she had

to preivi.Korto asked me who to fight.

Had no motiv.Nisam know what to say,

to go to war or on their way to remain free.

He has always been a favorite of luck.

This is Venice, which we left

very quickly because I was angry.

I do not know why everything between us

I am such a nature,

but I'm aware of that.

I found another and with him went to Paris.

I left a message "I love you but leaves it."

I realized that the two of us have bad luck.

We escaped together, plane

that was reserved for Kortoa.

France and England Division, a total of eight

were preparing to attack the Italians.

Then they defeated the Italians

which are different understand this war.

They have not experienced these events

so tragic as a million Austrians.

Korto was also there, in the vicinity,

on the boat a few miles from the coast.

According to my information

came somewhere from the south, the area Salizburi.

On that historic date,

because of the drunkenness of the previous evening ...

.. Found it by happenstance, in a meeting

which was attended by almost all druids.

I personally think that there had

Korto did not know what hit him.

No one knew what deava.Jedan of them

asked "What's he doing here" and another said ...

I am in life, although I am a woman, dealt with

in France, somewhere between Korbija and Bray ...

.. Where he helped to overthrow the 21 April

.. Known by the nickname "Red Baron".

As far as I know,

He lived in Graz, Austria.

Towards the end of last summer, got a little dog

and promised them nothing will not be deceived razdvojiti.Ali.

Not everything turned out as he planned.

Manfred has always liked to be

next to his mother or his plane.

This is a piece of leather, which the Indians hold a

from the back of one of our monks.

Few people know that there are these cities,

and even fewer are known to exist in this folder.

to throw it down from the roof of one house.

The girl who lives there, not a machine gun.

Otherwise, it is paralyzed.

Spends all day outside the windows ...

That is why everyone calls

"Angel of the window to the east."

He lives with two maids and gardeners.

With him came here the other day.

And she also wanted to see

Map of six cities in Cibola.

Maybe the angel, but does not respect

orders, after holding the lights.

But this is me

anyway none of your business.

Gentlemen, this is my modest contribution

You said that a drawn on the map

monahovim the back, there are six cities.

Christophe Gans (born 11 March 1960) is a French film director, producer and screenwriter, who specializes in horror and fantasy movies. more…