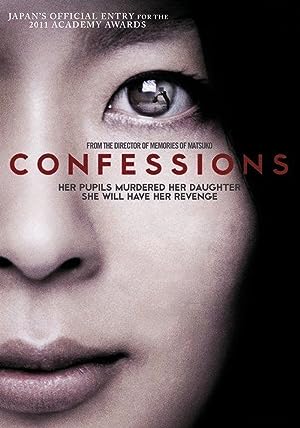 Those who've finished drinking, return your...

...empty cartons to the correct number and sit back down.

Our school has been selected from ten thousand candidates...

...all across the country to promote milk for middle schoolers.

The calcium in milk not only strengthens your bones,

but also nurtures your brains.

He digitally removed the mosaic on them at Watanabe's house,

and planned on giving them to all the boys in the class.

I'm sure you know that your bodies and hearts are about to...

(You're kidding me! You kissed him!?)

...go through an immense period of growth known as puberty.

I don't know how effective milk will be on thirteen year old bodies and minds.

But I'm sure we'll see some changes in you come the March health checkups.

Though I'll be gone by then.

I've had enough, so this will be my last month as a teacher.

You gotta be kidding!

End of term ceremony for Year One Class B)

I don't really know whether I've been a good teacher.

Stop messing around! The teacher's trying to say something!

Do any of you know a teacher called Masayoshi Sakuramiya?

He's the super-teacher that wrote this book, right?

He's a truly passionate teacher who has published books,

and has appeared on television.

Originally he was a total deadbeat, right? He dropped out...

...of school and travelled the world before becoming a teacher.

Last year he was told he only had a few months left to live.

Yet he wasn't discouraged, and continued to put his...

...all into his classes until the very last.

...the first school I ever worked at.

!?The weak will always hurt those weaker than them.

Are the only choices available to bear it or die?

No, the world you live in is not so limited.

If you're stuck in a difficult situation,

it's okay to retreat to somewhere safer.!?

Guess we better had then!

Truly, the man is a genius.

Well, I suppose it hardly matters.

I might never have been much of a teacher.

But there were two rules I chose to work by.

One:
Address the students politely.

Two:
Do my best to place myself on the same level as them.

Speak with them as I'd like to be spoken to.

Be frank with them as if we were friends, talking to them about anything they wanted.

I think I must have been quietly influenced...

...by drama characters who spoke in such ways.

Even though you sent me late night e-mails,

I could never answer you kindly.

Because frankly I never completely trusted what any of you told me.

Hey, what's that supposed to mean!?

I remember a certain event.

A girl wrote to a young male teacher saying she was in love with him.

That she'd kill herself if he didn't meet her. He panicked and agreed to meet her at a love hotel.

The girl waited there, and got a photo of him.

Then she showed it to her parents, who stormed into the school.

It was just a stupid prank by a girl who was angry for being scolded.

The teacher was a fool to trust her.

So you don't believe us about anything!?

It's just because students...because all of you...are so good at lying.

Miss, I'm feeling ill. Can I go to the nurse?

Anyway, after that, if I was called out by a student of the opposite gender,

Tetsuya Nakashima (中島哲也) (born 1959) is a Japanese film director. He was born in Fukuoka, attending high school in Chikushino. Nakashima was given the Best Director award at the 2005 Yokohama Film Festival for his film Kamikaze Girls.His 2010 film Confessions was selected as the Japanese entry for the Best Foreign Language Film at the 83rd Academy Awards and made the final shortlist in January 2011.He was originally slated to direct an adaptation of the hit manga Attack on Titan, but in December 2012 he left the project due to differences with the rest of the production team. more…