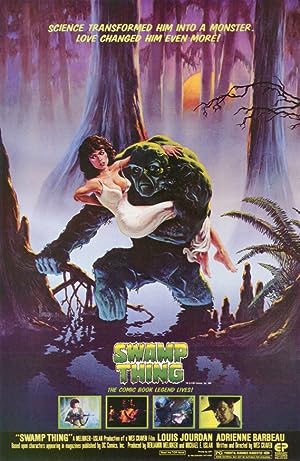 Synopsis: Dr. Alec Holland, hidden away in the depths of a murky swamp, is trying to create a new species - a combination of animal and plant capable of adapting and thriving in the harshest conditions. Unfortunately he becomes subject of his own creation and is transformed . . . Arcane, desperate for the formula attempts to capture the Swamp Thing. An explosive chase ensues that ultimately ends with a confrontation between Holland and a changed Arcane . . .
Genre: Horror, Sci-Fi
Director(s): Wes Craven
Actors: Louis Jourdan, Adrienne Barbeau, Ray Wise, David Hess
Production: Nelson Entertainment
1 nomination.

Terrific. I'll remember that|the next time I throw a party.

That's Alec. He's the brains.|I just cook up what he invents.

Don't believe her.|She's got an IQ like a phone number.

I want you to run up a variation on the|formula with the host on Alessandro's fur.

Hello. I understand you have a sensor out.|Do you wanna go out and take a look?

Well, I guess I could ask Charlie|to give us an escort.

We could ask your mother|to come along, too. Come on.

The only dangerous thing out there is the|government agents with their popguns.

It's your first day.|I'll take you on a Cook's tour.

Ritter's always after me|to get some fresh air. He'll be tickled pink.

What do you say?

Maybe half the world|could eat off the swamps.

More than likely,|the swamps will eat off us.

The 'gator was only following his|natural way. Can't blame a guy for that.

I paid a fortune for these boots.

One of these just might|jump out and do you in.

So much beauty in the swamps,|if you open up your eyes to it.

Take a look into your own body,|one of God's most magnificent creations, 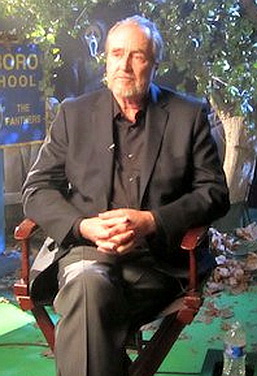