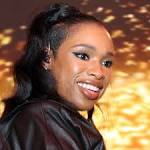 Jennifer Kate Hudson (born September 12, 1981), also known by her nickname J. Hud, is an American singer and actress. She rose to fame in 2004 as a finalist on the third season of American Idol, placing seventh. Hudson made her film debut as Effie White in Dreamgirls (2006), for which she received an Academy Award, a Golden Globe Award, a BAFTA Award, and a Screen Actors Guild Award for Best Supporting Actress. She also appeared in Sex and the City (2008), The Secret Life of Bees (2008), and Black Nativity (2013). In 2015, she made her Broadway debut in the role of Shug Avery in The Color Purple. Following her elimination from American Idol and performance in Dreamgirls, Hudson was later signed to Arista Records by Clive Davis and released her self-titled debut studio album in 2008, which was certified gold in the United States, sold over a million copies worldwide, and received a Grammy Award for Best R&B Album. Her subsequent studio albums, I Remember Me (2011) and JHUD (2014), saw continued commercial success with the former also being certified gold in the United States. Hudson received her second Grammy Award for Best Musical Theater Album in 2017 as a cast member on The Color Purple.

Share your thoughts on Jennifer Hudson's movies with the community: