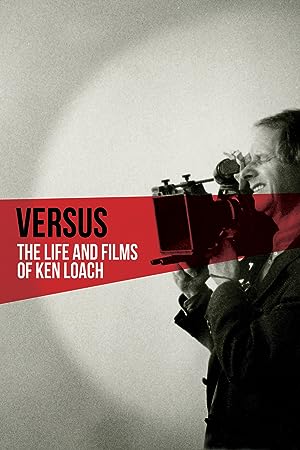 If you say how the world is,

that should be enough.

Just the sense of simple connection between people.

If you make films about people's lives,

I think politics is essential.

Ken wants to make films about how the world is actually run.

There are two powerful forces at work in society...

..and they are enemies.

Ken appears to be so respectable and well-mannered...

..he doesn't seem to be a danger to anyone, does he?

He could be at home at a vicar's tea party.

But there he is, the most left-wing,

subversive director this country has probably ever had...

You might be able to find something here that would work for...

You know what I mean?

Because suddenly you're in a whole different...

We're almost at the mouth of the Tyne,

so the River Tyne is just down there,

then there's the Fish Quay area and...

And we'd like to start shooting the film on the 5th of October.

It's all quite manageable, isn't it?

I had the phone call from Film Four,

who were saying that they can't fund the film.

They just don't think it would be a good enough investment for them.

But I'm also talking to the BBC.

My fear with the BBC is that, politically,

the film may just be too tough for them to take on.

I must be mad.

All things considered, it would be nice to be on that side,

because then it'll be in shade.

'You do have to be on your game.

'That's the fear, isn't it, that you just let people down

'and that you're just not sharp enough.'

You miss a trick,

and if you miss too many tricks in the course of shooting,

then you don't do justice to the story.

of employing an old director.

I think I should keep taking the...

Keep the ointment and the pills

and the elastic stockings and...

..all the support mechanisms in place...

..for the antique director.

As they're approaching the bell tower,

the noise is getting louder and louder...

The rope's fairly long, so they can move about a bit.

I first met Ken when I acted for him.

He didn't direct the actors at all.

I mean, I rehearsed for a week and we sort of barely met.

I remember he was quite stroppy,

and I did have second thoughts about casting him,

cos he asked questions all the time.

He looked sort of like a bank clerk, really.

He made no impression on me.

So that was my first impression of Ken -

he made no impression.

In the early '60s, the BBC was changing.

They were expanding to BBC Two,

which we would never have got in the BBC before.

We had one morning entitled What To Do With Your Cameras.

There wasn't a rude reply, as you might imagine,

but we were given a tour of a TV studio,

but no kind of instruction at all.

with clumsy electronic cameras in a studio.

The working class were not represented...

I do hope that the price for dropping this charge

..and posh actors could always play down, as they said.

It was a class-ridden English society,

and we came in wanting to change it.

Discuss this Versus: The Life and Films of Ken Loach script with the community: