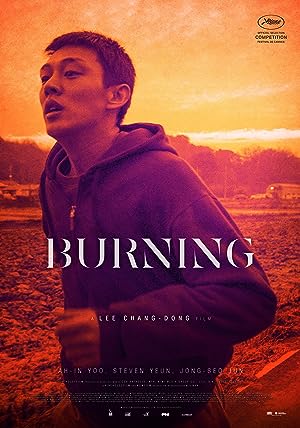 Synopsis: Jong-soo, a part-time worker, bumps into Hae-mi while delivering, who used to live in the same neighborhood. Hae-mi asks him to look after her cat while she's on a trip to Africa. When ...
Genre: Drama, Mystery
Director(s): Chang-dong Lee
Actors: Ah-In Yoo, Steven Yeun, Jong-seo Jeon, Joong-ok Lee

-what are you doing

-what are you doing

If a boyfriend does this, it will feel very

However, relevant data are available

The youth unemployment rate in our country has appeared

Data show the unemployment rate in our country

President Trump claimed to give the United States new directions

My government has provided a brand new vision

The voters who voted for President Trump that year

- indicates that he will still support him

This behavior of his performance of the Convention

I will also take steps to reform our immigration system so will...

Where are you, boiler?

We hide together cats and cats boiler

There is such a thing

If you want to hide your body, you should hide it first.

Did you just say hello to someone?

The face is still not exposed yet

Don't know what to say at the moment

Where the defendant refused to make a statement

Nor will it suffer loss of interest

But in the case of making a statement

Its statement may be unfavorable

All public prosecution facts in the indictment

The defendant as a person engaged in animal husbandry

Discuss this Burning script with the community: