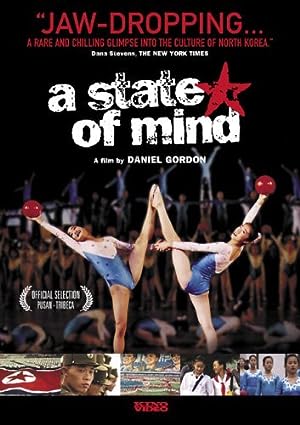 Won't you join in?

Hyon Sun's group is training for the next

Mass Games, which are due to be held in July

to commemorate the 50th anniversary of

the end of the Korean War, a war known in

the West as the Forgotten War

in North Korea as the Victorious

Grandfather, is that a fighter plane from

the U.S. Army of aggressors?

Did it drop bombs too?

No, but it dropped all kinds of insects...

...containing the virus of various plagues

before being shot down.

many of them civilians

were killed in the three year war and

to this day Korea has remained divided.

The near flattening of the north by

has left a deep mark on North

Imperialists were bad or good,

...I saw the brutal bombing of our country...

...and the atrocities suffered by our people.

I saw things being done that

no human could do.

...and felt that we had to rid this land

Hatred of the US is immortalized

and is ingrained in everyday life.

The U.S. are making life bad in our country...

...they are manoeuvring to suppress the sound

talks of a war on two fronts

Pyongyang is just over 100 miles from the

preparations for an American attack on the city.

At home, I was having fun playing with my

...then there would be a blackout or an