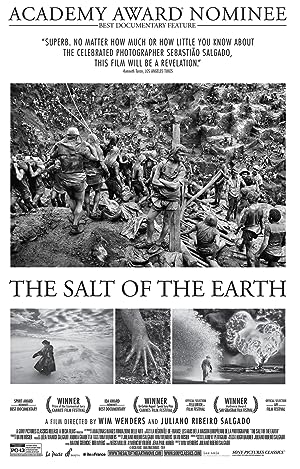 It may be best to start recalling the origin of this word.

And "graphein" was writing, drawing.

A photographer is literally someone drawing with light.

Someone who writes and rewrites the world with light and shadow.

in front of me.

When I reached the edge of that huge hole

I raised the hair.

There, I saw before me in a split second,

the history of mankind.

The history of the construction of the pyramids,

the Tower of Babel,

The sound of a single machine in there was no sound.

Only you could hear

Actually, I have traveled to the beginning of time there.

I could almost hear the murmur of gold in those souls.

We had to throw all that land.

Not everything is gold,

They had to climb, get out, climb the small stairs

then get to the big stairs,

and come to the surface.

You're not thinking of falling.

And if you fall, there is a risk you take several.

I up several times a day

and it never occurred to me that I might fall

because no one fell.

We were there to carry bags or to take pictures, in my case.

The only way down an inclined plane like that

All these people together formed a very organized world.

but there was not a single slave.

If there was slavery there, it was the desire to be rich.

Everyone wanted to be rich.

There you could find everything: intellectuals, lawyers,

They all came to look for an opportunity.

Because when we gave a gold mine,

everyone working in that part of the mine

They had the right to choose a bag.

And in those sacks they had chosen

It could be nothing or could be a kilo of gold.

At that time they played their independence.

All men, when they begin to touch the gold,

They do not return.

I saw this picture for the first time in a gallery,

more than twenty years ago.

I did not know who had taken.

I thought, "He must be a great photographer and an adventurer."

Behind it was a stamp and a signature.

I bought a copy.

The gallery drawer pulled more photos of the same photographer.

What I saw moved me deeply,

portrait of a blind woman Tuareg.

Even though tears cause I see every day,

So since then, it hangs on my desk.

I knew something of Sebastiao Salgado.

Really they cared about people.

This meant a lot to me.

At the end of the day, people are the salt of the earth.

It was a long time before we met

and we talked about his life, his work and where it came from everything.

The salt of the earth

We can put many photographers in one place,

Everyone has their way of seeing,

each according to his story.

I think my story

It is that I learned my way to see here in this place.

Here I have an ideal world.

Took long walks with my father,

through this place, and we came here to watch.

Behind each of these mountains,

there is a story, there is something to see.

Here I dreamed a lot.

A JOURNEY WITH Sebastiao Salgado

He liked to travel as anyone.