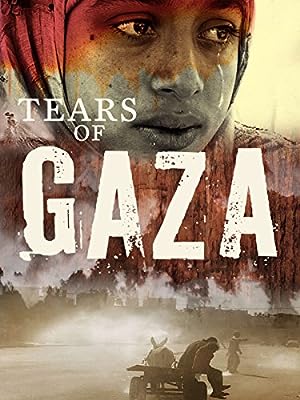 Synopsis: In a rough style, by way of unique footage, the brutal consequences of modern wars are exposed. The film also depicts the ability of women and children to handle their everyday life after a dramatic war experience. Many of them live in tents or in ruins without walls or roofs. They are all in need of money, food, water and electricity. Others have lost family members, or are left with seriously injured children. Can war solve conflicts or create peace? The film follows three children through the war and the period after the ceasefire.
Genre: Documentary, War
Director(s): Vibeke Løkkeberg
1 win & 3 nominations.

December 27.2008 Israel ececuted extensive military actions in Gaza, one of the worlds most populated areas. It lasted for 22 days.

More than 20.000 buildings, homes, factories and farms were completely or partly destroyed.

This is the story of Yahya, Rasmima and Amira. June 2009 they made the following statemenst :

If I study well, I want to become a lawyer, -

- so that I can take the Israelis to court.

I dream of becoming a doctor.

So that I can treat and help those who are injured by the Israelis.

My father would take us to the beach, he would build a tent and we would -

- eat watermelons and honey-melons, and all sorts of things.

We would swim and he would caryy us on his back and swim.

We had lots of fun when we were to the beach with him.

Most Gracious, Most Merciful.

Master of the Day of the Judgement.

Thee do we worship, and Thine aid we seek.

Show us the straight way.

The path of those whom Thou hast favoured

- not the path of those who earn Thine anger. Aamiin.

When my father was murdered, it felt as if I lost the whole world.

We pray to be those who call to the almighty God, -

- those who enjoy the love of God.

Those calling for me are those I love...

If you cannot make up for your sins, then I am your doctor.

We will pledge them he clean their sins and guilt...

Therefore, what is the value of fasting?

Fasting should help us to become better human beings, -

- to serve our religions and all the people around us...

Yahya and his brother

The happiness is not complete, -

- my father is not by my side, neither are my uncles, no one from my family.

Only my grandfaher and one uncle are left, the others are gone, -

- how can you expect me to be happy? It's just not complete.

I don't know how I am going to pay back the debt, -

- there is no one to help me with it, maybe I'll stay in debt all my life.

Maybe I will be able to pay it back in a year if I get work.

Everything we receive comes through the tunnels.

The people of Gaza would die without them.

We don't have are furniture or mattresses to sleep on.

Everyhing comes through the tunnels and prices are extremely high.

What does life mean for the children without Palestine...

Even it they give us all the world, we will not forget...

Why are they shooting at you when you are fishing ?

Of course they are known of their crimes and the zionism, -

- and the destruction as you saw in the last war against Gaza.

They are allowing the fishermen to go 3 miles from shore.

If I pull this way, it will go the other way ?

Well, there are a lof of things missing from the market, -

- because the borders are closed and everything.

It is very difficult for goods to come in through the tunnels, it's difficult.

I want to buy something for my daughter but I can't afford it.

The house is burning, we need help to put out the fire.

They bombed the whole neighbourhood, we just ran away.

Look how it became!. The Almadhoon family!

Discuss this Tears of Gaza script with the community: