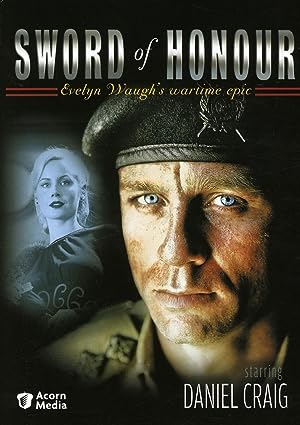 Synopsis: Guy Crouchback,heir to a declining English Roman Catholic family returns to England from Italy at the start of World War Two and joins the Royal Corps of Halberdiers,along with various eccentrics though his attempts to get back with his wife Virginia,from whom he is separated,fail. After being implicated in a colleague's death he is sent to train a commando brigade on a Scottish island and ends up on Crete,taking part in its evacuation and escaping to Egypt with fellow officers Ludovic and Ivor Claire. He is returned to England courtesy of Mrs Stitch to possibly prevent him from naming Claire as a deserter. Guy marries Virginia a second time by which timer she has a child by ex-lover Trimmer. Whilst Guy is in Yugoslavia having a confusing time with the partisans Virginia is killed,along with Guy's uncle Peregrine,by a doodlebug bomb. Guy returns to England after getting involved in charitable agencies and eventually remarries.
Genre: Drama, War
Director(s): Bill Anderson
Actors: Will Adamsdale, Nick Bartlett, Christopher Benjamin, Jane Bertish
Production: Acorn Media
3 wins & 1 nomination.

Discuss this Sword of Honour script with the community: