with checklist for trans-Venus injection.

(NARRATOR) It is our destiny to explore

the far frontiers of space.

Last century we took the first steps to the moon.

Imagine we were ready to take

the next giant leap.

This is the story of a manned voyage

of our solar system

is based on science fact, not fiction.

Using data from over 40 years of

it is a vision of how technology could take us

on a search for the origins of our own planet

and signs of extraterrestrial life.

No single nation could take on

a project this vast.

A manned mission to the planets

is a global endeavour,

but the dreams of billions

lie in the hands of just five astronauts.

They represent a wide range of disciplines -

These five are scientists as well as astronauts

and they've been training for this mission

most of their adult lives.

The mission will begin with Venus.

Venus is the most hostile planet

in the solar system.

Two of the crew will attempt to land

on its burning surface.

It gets so hot on the surface, it never rains.

(T0M) They'll be flying into hell.

Venus is permanently covered with cloud, so

they will be the first humans to see the surface.

Venus is covered in lava plains

and it's comparatively recent.

The thing is we've never seen any eruptions

No ordinary spacesuit can withstand the soaring

This titanium suit has been tested

in a blast furnace.

On Venus, it will only function for about one hour.

(YVAN) It's a bit like going to Rome and

getting only two seconds in the Sistine Chapel.

When I get down there,

I won't have time for big speeches.

I'll have to leave that to politicians.

I'm going there to pick up rocks.

They will be out of Earth's gravity

and their muscles will be weakened.

Grigorev will need all his strength

once he's on the surface.

so it'll come as quite a shock.

We've got an exercise regime on the way there

The crew will pursue their mission objective.

the search for any signs of life

even in the acid storms of Venus.

There's a thin layer about 45 kilometres up.

The temperatures and pressures there are just

low enough for microbes to live off the sulphur.

No one thought they'd find life

in the hot sulphur springs here on Earth.

If life is tough enough to make it there,

(MISSION CONTROL) We have lift-off.

(NARRATOR) This is Pegasus,

one mile of nuclear-powered spacecraft,

home for the next six years,

an oasis of life in the vacuum of space.

Everyone understands the risks. There's

no guarantee any of them will make it home.

You have a go for trans-Venus injection.

rely on thousands back on Earth.

The tip of the iceberg - Mission Control.

This nerve centre is vital

to the success and survival of the crew.

Flight Director is in overall control.

as the astronauts perform experiments 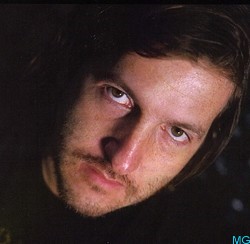