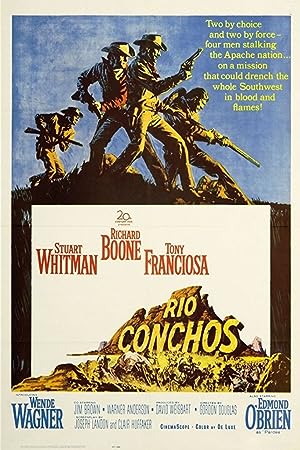 -I said stand up!

in my own parlor resting a spell, so

..why don't you take you little boys in blue

-Sergeant, give me that rifle.

Where did you get this?

I said, where did you get it?

-Captain, that in none of your damned yankee business!

-What kind of a rebel butcher are you?

Do you blue bellies got a

Get up on your feet!

It's a long ride to Fort

Davis. Get your saddle.

You can walk or ride, it's your choice.

Either way you are going with me.

Was it Blood Shirts people you butchered up there?

Where did you get this gun?

my answer, to that, now do you wanna direct...

Now, this is important! It's more important than your

-Now, where did you get the gun?

-Well, Colonel. If you are so interested in that gun..

why don't you just keep it?

-And I will be going

-Do it, and I'll blow the top of your head off!

Well don't let that stop you! I was

in the Confederate Army.

-How can anyone get to you?'How do I get into the persets guts of yours?

Oh, I guess not. Massacring and

You are an old man.

Yes, but still a man, not a

your wife and your daughter... No no, you listen

Don't you think I know what it means

to a man come home and find his wife and child dead?

But it's been almost a year.

Your are not looking for revenge against

Your are using that as an excuse to go on killling!

But I am gonna stop you.

What are you gonna charge me with?

You are an animal An animal that belongs

Now, either you tell us were and from whom you got that gun

or I'm gonna put you in the guard house until you rot!

-Now, where did you get it?

-Well I guess you do want it direct..

-My answer is still, it's none of your damned yankee business

-Sergeant, lock him up.

The charges is possession of

-You are not going to get anything out og that

Well, what do we do now?

Do we just sit around here and wait?

-Do you have a better ideas, Captain?

The time has been running out on us.

I scoured all over Texes...

..and I've come up with one gun out of that

-The rest of them must be down there in Mexico by now.

-Well, that is out of the question.

If any of our troops crossed the border,

Mexico would be justified to declare war.

I did not mean to send the whole army

down there. No sir. Just two men.

-Sergeant Franklyn and of myself.. out of uniform

-And how do you intend to find the guns?

Once we get down there, and if we can't

brings those guns back..we'll destroy them.

And how do I explain to Washington

that the officer who lost those guns are...

a waggon load of unpowder? Forget it!

You eat it. It's good porridge for you.

Oh. I have interrupted your sleep. I am very sorry.

Permit me to offer my apologies by

offering you a drink.

fathers watch for it.

Discuss this Rio Conchos script with the community: