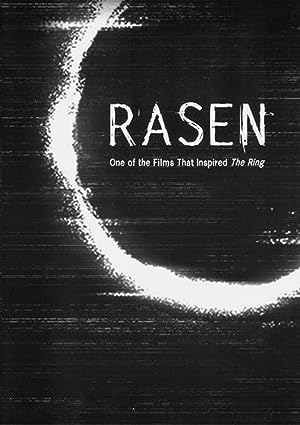 Synopsis: A young pathologist seeks answers to the mysterious death of a friend and soon comes into contact with the same cursed videotape that caused the death of the friend's wife and son, which is haunted by the curse of Sadako, a relentless spirit.
Genre: Drama, Fantasy, Horror
Director(s): Jôji Iida
Actors: Kôichi Satô, Miki Nakatani, Hinako Saeki, Shingo Tsurumi

Andou? You're sounding cheery as usual. It's coming up on two years now, you know.

Is there a reason you're calling first thing in the morning?

Cut the crap. If this is a joke, it's not funny.

Or it might be something else. It looks like they're gonna have to do a little more investigating. They've scheduled an administrative autopsy.

What are you saying?

The body that you're slated to autopsy today... it's Takayama Ryuji.

I'll see you at the hospital. Bye.

According to one of the pathologists there were no external injuries to speak of. The cause of death is still unknown, hence this administrative autopsy.

We're waiting on the results of your autopsy, but we have sufficient reason to believe that this was a homicide. If that's the case the court would order a second autopsy...

They're saying it's Sudden Death Syndrome.

They found the body at his place yesterday morning.

There's no mistake. It's Takayama Ryuji.

I've got it! You have to use a rendering of the amino acids in DNA.

You plug the numbers into this chart and then use the resulting abbreviation. Isn't that right?

And what is that supposed to mean? Takayama?

Still don't get it, huh?

Seeing some necrosis here on the left side of the heart.

Direct cause of death is heart attack brought on by blockage of the left pulmonary artery.

There's a small tumor in his throat.

Let's go ahead and take a sample.

You can't even slit your own wrist...

But you're pretty good at slicing up other people, huh?

Dr. Andou? There was something strange in his stomach.

Takayama Ryuji. Lecturer at the Science and Technology Department of Kyouei University.

He would appear to have been something of a... strange man, wouldn't you agree?

That boy in the picture is their son.

Ryuji and his ex-wife never kept in touch with one another, but it looks like recently the two had been in close contact.

Is there some suspicion regarding his cause of death?

Asakawa Reiko entered Ryuji's apartment at about the time that the ambulance arrived.

But after that she returned home and retrieved her son. The two are now missing.

And one of the ambulance crew saw her with a videotape taken from Mr. Takayama's aprtment.

Mr. Takayama placed a phone call to Asakawa Reiko just before he died.

But the first person to find his body was Mr. Takayama's girlfriend.

According to her she just happened to stop by his apartment, where she found him already dead. It'd be stranger to think that some sort of foul play was NOT involved.

But... he died from a heart attack, you know?

It doesn't make sense, does it?

Why not meet Mr. Takayama's girlfriend for yourself?

She's a gloomy one, though. Our questioning isn't going anywhere...

This is Dr. Andou, who was in charge of the autopsy. This is Takano Mai, the first person to discover the body.

Please tell us again about when you found the body. To the doctor, this time.

There was nothing to make us think it was suicide OR murder.

What I want to ask you about is Mr. Takayama's health.

His body didn't look like one that'd suddenly died from heart failure.

Did he ever mention anything to you about chest pains, or lack of energy?

Discuss this Rasen script with the community: