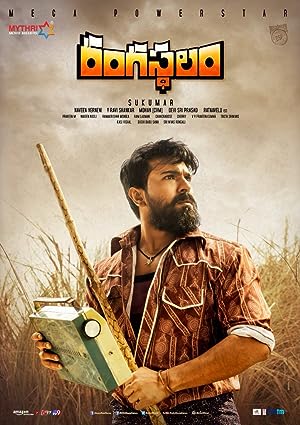 Sir...nothing will happen to you sir.

Sir...nothing will happen to you sir.

Nothing will happen to you sir.

Where is Doctor sir.

Nothing would happen to him,

Nothing would happen to him, right Sir

it would be around 3 feet long

It bit me four days back

I am saved because of the witch man Subbadu at village

I am now searching for it

I will not leave it, I will kill that

This is its skin shed.The skin is here means it would not have gone far

That would be caught

My name is Chittibabu.I am the Engineer for this village

All look at the sky when their crops needwater in any village,

but they look at me in our village

What Chittibabu, when would you put water to my crops?

I told you that I will put the day after right?

That old fellow is too much in a hurry

What Chittibabu?Why did you water my fields just half and left?

What rascal? Why does everyone scream..?

Can you not speak normally?Do you not know to talk slowly?

If someone screams again, he will get wet in pants

Not that dudeI will hit with the pipe

Not that dude, they are cutting thetree there and walk carefully

I should water to your half acre right? Ok, I will

Not just you but will water his, his and even his.

I will not leave anyone

Why are you screaming again?

Who else will come for you?

If not me, you think Goddess Gangescomes from the sky and water?

Chittibabu, come this side

You now understood why they are screaming so loud right?

Because I cannot hear until someone screams aloud

This is our engine problem

Thus all in village say us Engineer, no...

Whatever but this deficiency is a boon to me

Hey chittibabu..See him asking loud to pay back the money.

I heard it but I did not listen to that

That means I listen to some sounds and some are seen

Look, he is leaving saying somethingand that was seen to me

Come back for once

You said something just passing over?

What did I say Chittibabu?I did not say anything ChittibabuWhat did you say?

You said something. Your lips gave a movement.

No dude, you said something elseWhat did I say?

Not that Errababu ...That should be a bit more lengthy

Errababu, both the lips haven't met

What would that be?

He is got it

Mahesh, what is the news?

We started with engine early in the morning right?

Papayamma came opposite in theway showering the dung water

She asked in love, hey Chittibabu will you eat the cheese?