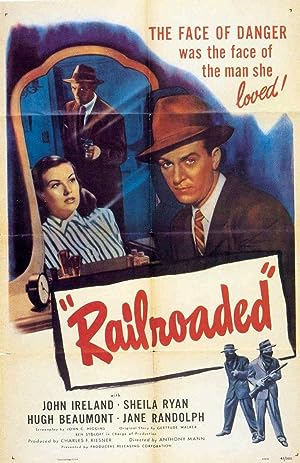 hope you get home safely

okay time to get your money up on the

eight to ten for an Halle Berry we're

closing up oh Claire I just pick me a

shoe shop dearie you could lose your dog

I thought the customer was always right

and I got a right to a date once in a

while after all I run this deal as a

believe me it's a headache all right

count the take for the week yeah yeah

well most 5,000 good race either close

the front door tight will you

no noise understand no noise

get back from it

Kowalski listen this is the docs house

to turn you in but don't worry I'll pull

strings and get yours how are you listen

you don't say anything see just this guy

that was madly on the job is the same

guy that owns the truck

if you don't I'll get to you yeah that's

that's all right just the way it

what color was it

gray the two guys one was dark the other

had sandy hair you sure right

no no they're they both had dark hair

how do you know I don't know I was there

like a fish most of the time which one

had sandy hair the one who shot the cop

and you say they both had black hair

both dark seems you were a little upset

you're sure one of them had sandy hair

what do you think I do for a living

captain every day of my life

first thing I do is look at a person's

hair the one who shot the cop had sandy

hair Mickey will you

one of them nobody has ever seen before.

Kylie no you still huh got some more

dope on that O'Hara thing the truck was

gray one of the men had sandy hair

doctor's home 771 Ellen would a gunshot

you remember anything else know what

that's all endcaps not quite everybody

in town seems to think betting on the

bank tails is good clean fun except us

we got a different viewpoint because

we've read about a city ordinance that

says no to that sort of entertainment.

Jim take these ladies down to Bunco

sergeant Keating I suppose you think

iron bars can hold me they worked out

on the beauty shop robbery

the truck was grazed one of the suspects

has sandy hair that is all all right

make each job baby now I've got some

extradition stuff to work out you know

there may be something in this the

regulation Navy scarf initials and all

take a while honey surplus stores over

three million guys in the Navy including

me still was a pretty good Navy shotgun

do a lot of damage with a thing like

O'Hara we were rookies kneel ninth

precinct yeah he broke me in but on the

waterfront had a heart as big as a house

could be FBI but O'Hara was one of us

take this stuff down to the lab get a

receipt for it chub you better work with

him and check that gunshot call there

may be something in it.

Oh Ferguson I don't have to tell you to

plug hard on this no Mack you don't have

to tell me that

that's from Oscar Wilde boom give it

okay Calhoun here it is you're out on