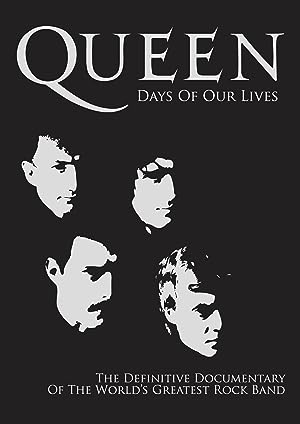 Synopsis: The life and times of the rock band Queen - told in two parts covering in part one the 1970's and in part two the 1980's and beyond.
Genre: Documentary
Director(s): Matt O'Casey
Actors: Brian May, Roger Taylor, Chris Smith, Freddie Mercury
1 nomination.

There's been a lot of rumours lately 'bout

certain band for Queen, the rumour said that

we are going to split up. What do you think?

They're talking from here.

So forget those rumours. We're going to stay

together until we fucking well die, I'm sure of it!

There really wasn't much sex...

Well, there wasn't much drugs.

You wouldn't be able to do that now.

we kind of owned the world.

Press are never quite understood,

A lot of the press took against them.

But I mean I don't want some arsehole critic

to tell me that.

I think when you go all the way up,

the only place is to come down.

I wish I'd never heard of the place!

Whenever the band came under pressure, there

would be a walk-out, a separation, a row.

We were at a crucial point.

The arguments were creative, then

it would become personal. Of course.

There is an inward jealousy.

They're all wondering & all waiting to see if my

album is going to do better than the last Queen album.

I just want to pack in as much of

life and having a good time as much as I can.

of Science and Technology,

'specialists who will help develop the equipment which

has taken mankind to the new age of space exploration. '

We've got Brian May on guitar.

I was studying Physics as an undergraduate

here, but Astronomy was always my thing.

And so I did the Astronomy

post-graduate for a PhD.

When we were at school, me and

When I left for university,

the singer we had, Tim Staffell,

and myself decided to put

a new group together called Smile.

There was a noticeboard here

where you would pin items

of interest to musicians, so I put

I booked this little jazz club room here and

Roger brought his kit and I brought a guitar.

That was the first time

# When she was done

Something happened, I have to say. We thought,

"There is some kind of special sound to this. "

I guess we had the same sort

of sound in our heads.

# You've done a lot for the folks

He was born in Zanzibar and he went

to boarding school in India.

There was a piano down there

and Freddie would do

this flowery style on the piano.

It was very Mozart and effective, but unique. You'd

never seen anybody play the piano like that before.

The first time he sang, I knew straight

away that that voice was going places.

# The minute you walked in the joint

you were a man of distinction

I used to follow Smile a lot. We were

friends. I used to go to their shows.