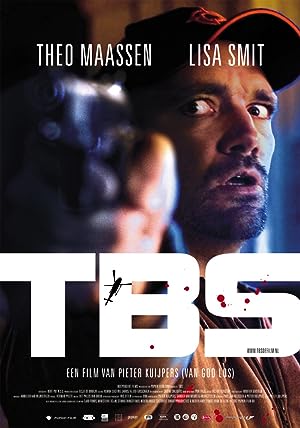 Synopsis: Johan, convicted for the murder of his father and sister, has been locked up in a TBS clinic (a hospital for criminals with a psychical disorder) for years. When he hears he will be transfered to a Long Stay ward - where nobody has ever been released from - he hopes his mother, who he hasn't spoken for years, will come to his hearing so she can tell the judge he didn't murder his sister, that his father abused him and was about to abuse his sister and that Johan therefore killed his father. However, his mother doesn't turn up. Realizing he's out of options, he escapes, determined to find his mother, so she can write a statement saying what really happened. Pretty soon however, he gets pursued by the police and in a rather desperate attempt to stay out of their hands, he kidnaps a 13-year old girl, Tessa. Together they drive through the Netherlands and Belgium to find his mother.
Genre: Crime, Thriller
Director(s): Pieter Kuijpers
Actors: Theo Maassen, Lisa Smit, Bob Schwarze, Ria Marks
4 wins & 6 nominations.

Any similarities with real people or events

but there was nobody home, so I went up...

so you can see that she is a hooker.

So I take her to the bedroom and throw her

I said come on, take those panties off...

I said be quiet, I got such a headache from

You're not allowed to do that with kids of course.

Do I really have to do that?

Well I uh, I am Johan van der Sterre

I understand I shouldn't have done that

and I regret it

You may not take another persons life.

And how did you murder your father?

First on his forehead, and then on the back of his head,

two times on his right cheek

Then I crushed his right knee and his shoulder,

and after that as often in his face until he didnt move anymore.

Why were you so angry with him?

Look, that he touched me, you know that was that,

but I couldn't let him have his way with her, could I?

Tell a bit more about your sister,

did she still live at that moment in time?

I've said it so often, that was not my fault,

I couldn't save her.

I'm not trying to say what I did was right.

I understand I should've reacted differently.

I've been doing this for six years now..

The 23rd I have to go in court again, the only thing

that I want is to proof that I learned from my mistakes.

And that I can function normally in society,

but I can't do that here, I can't proof it here.

Your lawyer has said that he is going to ask termination,

but Johan, our advise to the court on

but Johan, our advise to the court on that is

of your sister, we find the risk is too big.

So I have to lie to get out of here?

We've tried to take the past in account, but it

has to end somewhere, Johan.

The judge gave you three tries, we won't take you longer

Yeah.. so what then?

Our advise to the court is the long-stay department.

I have to speak to my lawyer,

every two years, but no one has ever come out of long-stay yet.

In fact this means life imprisonment.

It is as simple as that

I talked to your mother, explained the situation to her,

but she hasnt responded

Well, she has to come, you have to summon her.

-The court can't force her to.

Your mother did not want to come either

And you can't see her yourself, because your request

for short leave has been denied

Do I have to read it for you?

So, Johan, and I know it is a sensible issue, but if I were

you, I would start thinking about a partial confession.

No, I am not going to lie about something like this.

My mother won't let me stay in here, truly.

You only have to say what dad did to us.

It is really important, mom.

And I can see you are ashamed of what happened

and I know you are upset with me

But you really have to help me now, mom.

Well, call me if you want to, or call my lawyer.

The court decides a resumption of criminal provision

and extends the measure

The convicted will be transferred as soon as possible