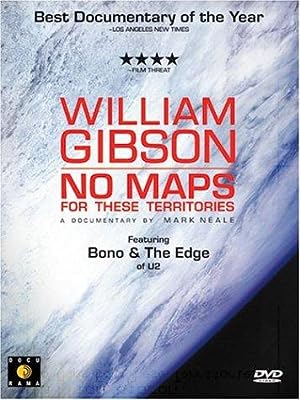 Bill? Are you there?

I'm here in the backseat...

I think of a question on a lot of peoples' minds right now is simply:

what the hell is going on?

We're sort of on some kind of cusp

of change that I assume is technologically driven.

It's not legislated change...

what will become of us, you and me?

Bill? Are you there?

Technology based in its assumed... to be the result

of the advent of "functional nanotechnology,"

or of some sort of a synergism in...

in these various emerging...

all these different emerging technologies. We have...somehow...

if somehow there could be a synergism between

Well, immortality, the end of economics...

functional nanotech would pretty much guarantee both of those

because there would be, you know, no reason to die

if you had sufficient nanotech to keep resetting

And, with even, even sort of half-assed nanotech,

you could make anything out of anything.

So, you could make gold bars out of McDonald's burgers,

and McDonald's burgers out of garbage.

And there'd be...there's no basis for this whole

Anyone could have anything... anything they wanted at any time.

And everything, including human beings,

would be completely protean.

We could look and act like anything at all.

It's a compelling vision, but it's not just one that I'm able to get...

get my head around

There's no traction for me there. It's the point where

I really do belong to "The Old Order."

Well, I think what I'm most aware of

is...is the extent to which

people are unaware of

the extent to which they've been interpenetrated

and co-opted by their technology

And I take it for granted that I've... that I've been.

a lot of people today have as this sort of a

idea that it's possible for humans to return to...

and if it were, they really wouldn't like it.

I mean, I'm immune to a number of really,

because I was inoculated against them as a child. That's technology.

I'm myopic, to the point of near-blindness, and yet I can see.

And that's tech...that's technology. It's too close to us to be very aware of it.

If we were suddenly...if we could be stripped of it

which we can't be, because it's actually altered our physical being

we'd be pretty unhappy, you know?

but I probably worry less about "The Real Future" than the average person.

We've gotten to the point where in some ways, it's not knowable.

When I was a kid, we were told that it was.

That was when, you know,

was very much a going concern in North America.

That was a part of our culture in the '50s, that the future was coming,

and it was going to be planned.

It was going to happen because grown-ups were making decisions.

My childhood, sort of, was split down the middle by the Cold War.

So there was one future that was very, very much the future of the Willy Ley Rockets,

And the other future was a sort of atomic wasteland.

Mark Neale is a British documentarian and film director based in Los Angeles, California. His best-known work is the 1999 documentary No Maps for These Territories, which profiled cyberpunk author William Gibson. Prior to No Maps, Neale had been an acclaimed music video director, making videos for artists such as U2, Paul Weller and the Counting Crows. In 2003, Neale wrote and directed Faster, a documentary on the MotoGP motorcycle racing world championship, and its sequel The Doctor, the Tornado and the Kentucky Kid in 2006. more…