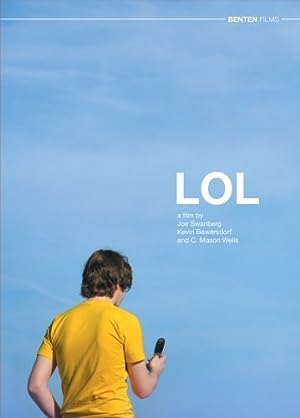 So this is a little present to | you from me, and I hope you like it.

I'm just working on some music and stuff.

Are you here right now?

Just come down the stairs. | I'll go to the door.

I hope you liked that and...

What were you doing last | Saturday that you weren't here?

I actually had to help Ada...

She's been moving for like a month but | Saturday was the official big move.

It doesn't really matter | cause I was actually just working.

Working on instruments | and building so...

One of these days when I'm rich I'm | gonna buy all of your instruments.

What are you going to do with them?

So what am I doing here?

Basically, I just want you to...

The girl from the internet did it.

Yeah, that's her tape. Right there.

Yeah, I've been talking | with her for like three months.

She sent me a video.

Well, the first part of the video | is the noises that you're gonna do.

A lot of people from the internet | are sending me noises...

...of their face making noises.

Oh she did this?

Yeah, she did it, and then | she put some other stuff on there.

I'm getting to know her really | well. I really like her.

We've been emailing a lot.

All I know is that I like her and maybe | I'll get to meet her some day.

She hasn't talked to me about...

Have you ever met one of | your Internet girlfriends?

I've never had any Internet girlfriends.

She's not your girlfriend?

You want her to be your girlfriend?

Just make noises with your mouth.

Any noise that you would think | to make naturally.

Any noise that pops into your head. | With your mouth.

No. We're not watching it.

You're not watching it. Give it to me.

I'll be back in a couple of minutes.

You coming home this summer?

I don't really know what you | want me to do as far as noises go.

Do you know how long it | takes to get to the airport?

By car? What time?

I feel like there's a lot of traffic | in the morning.

Yeah. I think so.

So that means I'm gonna have to get up?

Are you ready to go?

I'm wearing my swim suit under my shorts.

Ok. I just have to finish | changing, then let's go?

Speaking of bathing suits, I got a new one.

What's wrong with it?

So, what do you think?

Let me see it.