Civil war was raging in the United States.

Furthermore the country was exposed to a hurricane

which devastated great parts of the country.

ln this inferno some brave men

dared to escape in a balloon.

Their escape started in Richmond

the headquarters of the Confederates

which was surrounded by the North.

that kind of American journalists

who don't shy away from anything

to get all the information

to report to their newspaper as soon as possible.

who can put through -

That is a very good reputation Mr. Spilett.

lt is a bit exaggerated Colonel.

A friend of mine wrote this.

He wrote it when l became war correspondent.

You must not believe what the papers say.

Bravo! l'm glad that you say that.

Mr. Spilett do you really think you can make us

believe that it was necessary for your reportage

to go to the front line making sketches?

From which anyone can instantly see where our

defensive lines are located at?

As well as our artillery?

Believe it or not. But it doesn't change my mission.

l haven't come here to become part of the war.

My mission is to report objectively.

As you wish. We will see how objective you are...

l'll do my very best.

l'm under the command of General Grant.

l have already heard of you Mr. Smith.

You are known as the inventor of the hospital trains.

Astonishing. Especially for a member of the North!

You know that we are expecting very much of you

We hope that you will supply us with information of

l'm afraid. But you are mistaken.

Are you really sure about that?

Are these civil clothes

or is it a uniform you are wearing?

on my uniform Colonel.

My servant keeps it ready at all times.

You did not answer my question.

- You know that l am the chief of the railway service.

And in this job l am a civilian.

But l still am a Major in the Union's Army.

According to this report you used a revolver

to murder one of my men.

But he attacked me with his bayonet.

You refuse to answer my questions?

Mr. Smith we have a big problem here.

Everything would be very simple

if Major Smith was here.

He would be prisoner of war

with all privileges of his rank.

But for the civilian Mr. Smith

You will be executed.

l am Major Smith a prisoner of war?

But when l refuse to talk l am Mr. Smith - a civilan

who has killed one of your men?

You understand me quite right.

You already know my answer.

Don't be too convinced Mr. Smith.

l will give you a couple of days to think it over.

Bring him to his cell.

May my servant come with me?

Of course if you own the n*gger.

Nobody owns him. He is my servant.

A runaway slave. We'll sell him with the others!

Stop it Nab. lt is useless.

lf you should try to escape remember:

There is neither a way in nor out.

Get away from the dog!

You are not allowed to speak!

l will find you!

Give it to me.

A small box for one dollar?

- Your bad habits will ruin you Pencroff! 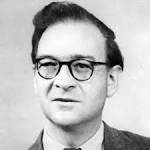