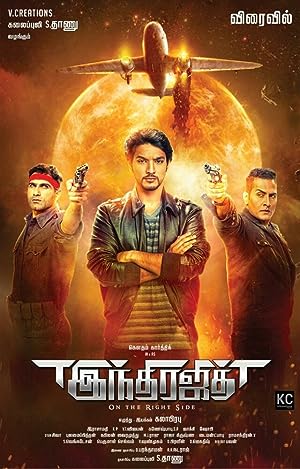 'Darkness is the birthplace of light'

'Creation will one day be destroyed'

'This is the law of the universe'

'Our universe too is encased within this dictum'

'...resisting the magnetic aspect of the sun started its journey, changed into an atom'

'On the way it merged in an asteroid'

"Sun with its golden rays shines brightly all over, always"

"Protects the entire universe The strongest medicine we possess"

'The 'Siddhars' who saw it fall, realized its medicinal value'

'They travelled a long distance'

'Pinpointed their path with signs'

"Even poison can be restorative"

"There's no right or wrong to judge"

'And memorized it precisely'

"Even fire is not bad as such"

"Sun with its golden rays shines brightly all over the place"

'...they set this mystic gift in a spring'

'Without expecting returns, they started sharing its power'

'They wrote about their arrival, their discovery and its unique nature'

'In a set of poems in a cryptic manner'

"Fauna and flora reveled in their glory"

"Lock, stock and barrel, in totality"

"Every atom gained heights of sublimity"

'Lothal was excavated by the Archeological Survey of India'

Sir, it was the ancient harbor city, right?

Dated back in 2400 B.C Located in Bhal region

In present day it is called Gujarat

The hometown of our present Prime minister

...adopted to precise standards of measurements for their buildings

I'll see you next week

Professor, take a look at this

In 1550 A.D all of a sudden an ordinary farmer from Talwara

...gave a stone kind of medicine and treated many patients successfully

Perhaps this is what we are looking-

The British occupied India This is much earlier

Hi, did you find anything useful?

Nothing matches your description

I've checked that out You just come back

Professor, 4 years and we are still looking for this

'It is still eluding us'

And whoever sees it we will find him

"Here we go with soul in night"

"Them gonna killing it no remorse"

"A sunny heart he has Cherished by many a lotus"

"Beasts or barriers will be strings on my veena as melody"

"Your hills and valleys mystic make my heart dance like magic"

"In a drunken stupor swell Intoxicated to a dizzy spell"

"Sensual treat to be nourished A feast for the famished"

"Waves of rapturous delight in the laps of midnight"

"Tipsy, tanked and tottering In liquor's after effects bolstering"

"Like 'Vethal' the mythical spirit we can cling, be an addict"

"A life of veiled masquerade Dressed in deathly disgrace"

"Despite sipping poison with ease lips fake a smile to tease"

"Even bears fierce and grisly we made into stuffed toys cuddly"