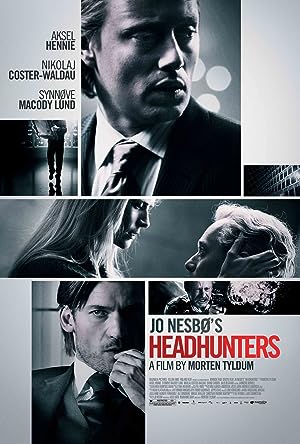 Synopsis: Roger Brown an Executive Headhunter and a part-time high end painting thief finds himself embroiled in a cat and mouse game when he tries to destroy Clas Greve's career prospects. However, Clas is a former member of a special tactical military force and will stop at nothing to ensure Roger is out of the picture and the job is his.
Genre: Crime, Drama, Thriller
Director(s): Morten Tyldum
Actors: Aksel Hennie, Synnøve Macody Lund, Nikolaj Coster-Waldau, Eivind Sander
Production: Magnolia Pictures
Nominated for 1 BAFTA Film Award. Another 8 wins & 11 nominations.