Synopsis: A scruffy superhero named Hancock (Will Smith) protects the citizens of Los Angeles but leaves horrendous collateral damage in the wake of every well-intentioned feat. That's OK with Hancock; he doesn't care what people think and is just as likely to be found dozing on a park bench as saving a damsel in distress. However, after saving the life of a PR executive (Jason Bateman) and meeting the man's beautiful wife (Charlize Theron), he realizes that he may have a sensitive side after all.
Genre: Action, Crime, Drama
Actors: Will Smith, Charlize Theron, Jason Bateman, Jae Head
Production: Columbia Pictures
4 wins & 11 nominations.

BLACK. It's everywhere. It swallows the screen. And so we stare

into a sea of BLACK.

I saw a severed head once. Except for the,

The end came abruptly you could tell

'cause the mouth froze in mid-sentence.

it started saying "shucks" or "Shirley"

forget the sound animals make when

in you forever because the senses have a

brain all their own and they recall long

after you've succumbed to the la-la of

Sometimes when it's dark out,-so dark

And it starts all over again.

From this blackness, a streak of LIGHTNING splits the night sky.

We are in the eye of a STORM, an angry mass of clo uds raging

o f a howling WIND. across the black sky..It brings RAIN and THUNDER an d the swirl

An ENTITY emerges from this moist darkness.

weather and advances into our scope of visibilityies through the

A FLASH, of lightning erupts and it illuminates the sky. We SEE

the approaching entity as it hovers before us.

ehind him, thrashing against the wind and rain.

In the eyes, we can see his soul. Intense. Fierce. An exposed

nerve, snagged in a fish hook.

He hangs in the air, tired, rain-soaked, pissed-off.

And from the bowels of his very soul, this Superhero belches a

thunderous ROAR. He pivots in the air and dives toward land.

He slices through the downpour, arms extended, body erect,

engulfed in the dimensions of his cape.

The ground approaches, fast. He accelerates as if to embrace it.

Velocity sucks up all remaining space and there is IMPACT.

An EXPLOSION as he rips through the street surface, penetrating

the asphalt - head first. Debris and concrete spew from the

ruptured orifice as he disappears inside.

There is an expulsion of subterranean pressure and it launches

nearby manhole LIDS from their spots - they bounce and CLANG

The rain continues its onslaught.

Rain sloshes against a kitchen window. Where the sink is. Not

far from the kitchen table. Where the LONGFELLOW Family sits,

HORUS (35) leans over his plate, eating his meal. Here idles a

man of diminutive frame, bespectacled, placid - as harmless as

He sits opposite MARY (30), frenetically appropriating food. A

gentle beauty. entwined in maternal angst she is estrogen with an

A meek little AARON (8), slouches between the folks - a BLACK

EYE tattoos the left of his face. Aaron stares at the damn

plate, finding no humor in eggplant. 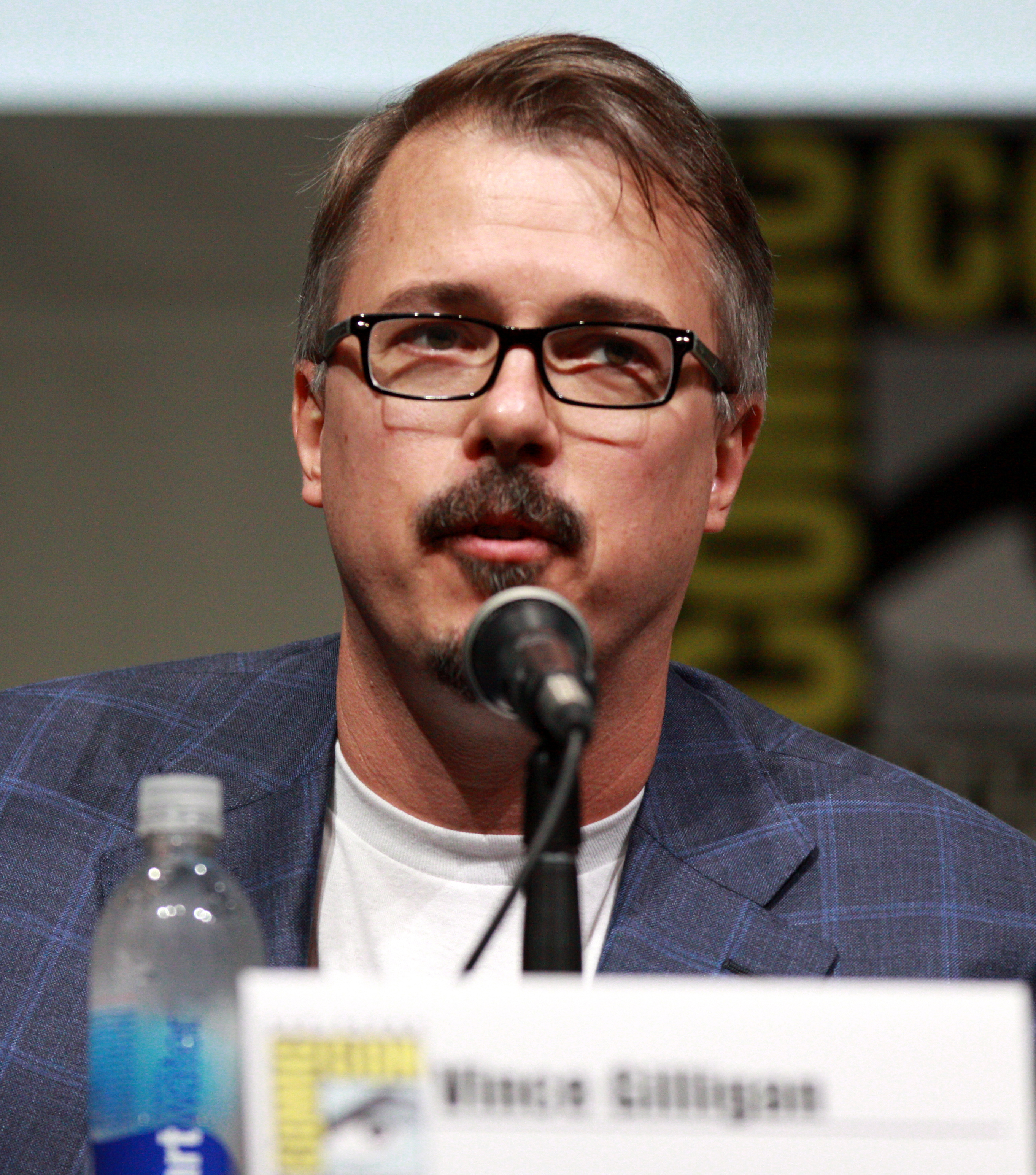 George Vincent "Vince" Gilligan, Jr. (born February 10, 1967) is an American writer, producer, and director. He is known for his television work, specifically as creator, head writer, executive producer, and a director of Breaking Bad and its spin-off Better Call Saul. He was a writer and producer for The X-Files and was the co-creator of its spin-off The Lone Gunmen. more…