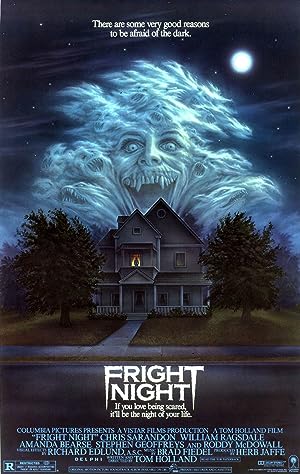 Synopsis: For young Charley Brewster, nothing could be better than an old horror movie late at night. Two men move in next door, and for Charley with his horror movie experience, there can be no doubt that their strange behavior is explained by the fact that they are a vampire and his undead day guardian. The only one who can help him hunt them down is a washed-up actor, Peter Vincent, who hosts Charley's favorite TV show, Fright Night. Vincent doesn't really believe that vampires exist, but does it for the money...
Genre: Horror, Thriller
Director(s): Tom Holland
Actors: Chris Sarandon, William Ragsdale, Amanda Bearse, Roddy McDowall
Production: Sony Pictures Home Entertainment
5 wins & 4 nominations.