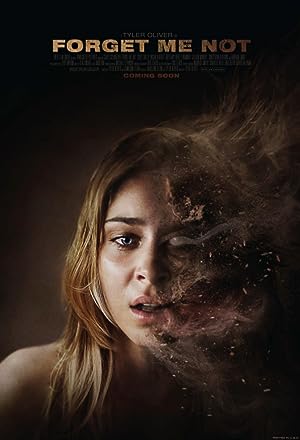 Synopsis: It's graduation weekend, and Sandy Channing, the popular class president of her small-town high school, should be enjoying the time of her life. But when her friends start disappearing, Sandy discovers they have unwittingly awakened the vengeful spirit of a girl they wronged long ago. Fighting for her sanity, Sandy must unlock a dark secret from her own past before it's too late.
Genre: Horror, Romance, Thriller
Director(s): Tyler Oliver
Actors: Carly Schroeder, Cody Linley, Micah Alberti, Brie Gabrielle
Production: Phase 4 Films

What is this ridiculous thing? Come here.

- It's called the Windsor knot.

- I got it at a Playboy's Guide to Style.

Oh my gosh, stick with the encyclopedia.

Got you where you are.

I mean, don't get me wrong, Sandy's a cool

chick but it's not like you're gonna marry her.

You're not gonna marry her, are you?

I don't have any thought of what I'm doing

next week. Never mind, the rest of my life.

Well, you could figure it out because I'm sure as shit Sandy has.

strong opinions on the subject.

And what's that suppose to mean?

I'm not banging her, Lex.

Alright, next year when she's at Stanford

and you're slumming in at State...

I'll give you two months before she finds some

pre-med and you meet the entire cheering squad.

Oh, yeah? What about you and TJ?

- I wanna show you something.

Is that wash off?

Chad, what is it?

Wait, what? I thought you

said you broke up.

You asshole. How could you...?

- Have you seen your body?

But I thought you said...

You never were a match for thinking.

- I got three words for you, TJ. Random drug test..

Too early for beer, ain't it?

You put all the others?

Going to the graduation party tonight?

- God, I hope not. TJ, do me a favor. Keep things under control, will you?

You're really embarrassing to bust my whole family.

It's rare to find students so qualified in the

same school and they belong in the same family.

May your future be as bright as your past.

- Then we'll be colleague someday.

Eli wants to be a doctor too, don't you Eli?

Actually my little brother wants to become a pirate.

I don't wanna become a pirate.

That's such fictional, I mean...

Well anyone that becomes valedictorian after

skipping a grade can do whatever he wants.

- Well thank you. Thank you very much.

You must be very proud.

Then you'll even be more proud to learn that I'm

recommending both Sandy and Eli for full academic scholarship.

Just consider it a graduation

present for your parents.

Well, enough of that boring stuff.

What are you two gonna get into this summer?

Let's do some fucking shots.

All bow down before my lengthy lance.

You're so wet, good.

to live in another time and place?

I really wish I was a pirate.

Eli, you're so random.

- No seriously, think about it.

Like think about it. I can be a pirate

Crunches a sword and then rips a bodice.

Wasn't sure what you wanted? So I got vodka or rhum.