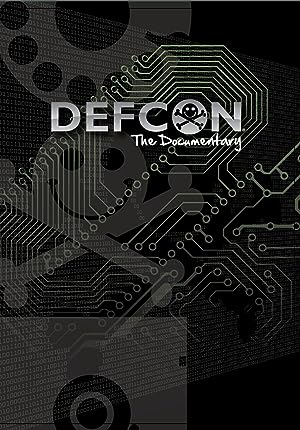 What the f*ck, dude!

Oh shit! There we go!

I had been running the

that was the name of my

The bulletin board was known around the world,

we were on international FIDO networks.

And one of those networks called Platinum

NET out of Canada, was going away.

He was shutting it down.

I was the biggest node, I had the most users,

and I distributed to the United States.

And he wanted to throw a party, a going away

party for all of his Platinum NET users.

But he didn't want to do it in Canada,

and all of his users were in the states,

and so we were talking, he says "Well you

should do it, we should work together."

That makes the most sense, cheap airfare.

And he said "Sounds good." And I mean, this

happened over the course of less than a week.

It was really brief.

And then all of a sudden he

and all these years, 20 years later,

I never heard from the guy again.

I can't even remember his

name, it's been so long.

So when he disappeared, I had already started

planning to do this going away party

So instead, I invited all my networks and it

went from being a going away party to, a party.

There was HoHoCon, there was an XCon.

But there was no real west coast con.

So it ended up being DEF CON.

The first one, there was a flier that

went out and that kind of circulated

around on some of the sites, and, and I think

that's how I came across it initially.

I'm assuming it was because of a book I

wrote, or maybe my congressional testimony

I don't know, but somehow he had

contacted me to come out and speak.

go to the first DEF CON.

I did not want to go to the first DEF CON.

A number of my friends were going.

They were trying to get me to go, they

kept telling me it was going to be fun

and I kept thinking to myself, "I've

never been to Las Vegas before",

and you know, I used to go to BBS

user meets, and well, a lot of them

are pretty lame and I thought to myself

"OK, this is just going to be

"You wanna come out to Vegas?"

"Come out and speak and there's

"a bunch of people, Phil Zimmerman,

And I had a blast. I had so much fun.

It felt we were part of something

that was really kinda legitimized

because there was this event around

have known or heard, or it wasn't

somebody (in the phone phreak

world) on the end of a toll-free

loop around that you called at midnight.

So, I ended up meeting a lot of people, some of whom I'm

still friends with to this day... out of all of that.

And I remember, after the first DEF CON

was over, and I was back home, and I

was decompressing, somebody wrote

me on UUCP in my email. Wrote me an

email and said "Hey, that was great.

When are you doing it again?"

Until I had gotten that email, I had

never thought of doing it again.

And then I thought, "You know, I could

probably make this better. I could"

"change this, I could..." and then that started

it, that was all, game over from there.

It was, every year, what can I make

better, what went wrong, how do I fix it.

And that geek sort of fix-it mentality kicks

in, and you're always trying to improve it.