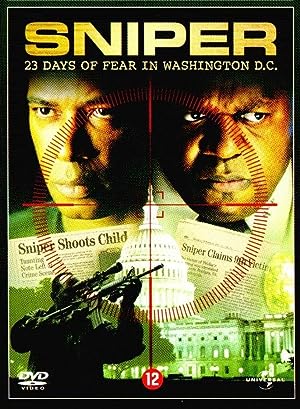 Although this movie is based upon actual events, | certain characters and scenes have been fictionalized.

There he is! There!

And a good morning, and | our top stories around the world today--

Assistant Secretary of StateJames Kelly | continues his talks in Korea...

this time with North Korean officials.

This is the first mission to the country | by a senior American official...

since the Clinton administration.

Checking business news-- | A rally by the stock market...

may boost investor confidence, | but are more criminal charges...

in the works for Enron executives?

a shooting last night | in a Wheaton shopping--

What time did you | come to bed last night?

You need to get more sleep, Charles.

I told Jacobs to check in.

How will that affect our weather?

All on our forecast after our look | at Thursday morning traffic.

A lot of traffic out there, | especially if you're on the Outer L oop...

The Beltway out of Oxon Hill | is gridlocked...

with everyone leaving | for the Wilson Bridge.

Did Lieutenant Jacobs have something he | needed to tell you at 2.00 in the morning...

I've gotta drop you at the airport, | stop by the headquarters...

go to Officer Murphy's funeral, | get back to the airport for my flight.

Chesapeake | Bridge and a lot of slow traffic left...

however, on the 95 and 395 | between Springfield and Bridge Street.

If you're on your way to work, allow a lot | of extra time and patience this morning.

That's the shape of things | at the moment,Jim. Back to you.

Thanks, Christine. In the Middle East--

Do you realise that | since we moved here, you haven't--

you haven't lost one officer | in the line of duty?

Yeah, that's one thing | I don't miss about Portland.

The almanac says | the record high in Montgomery County...

So how hot can it get?

I typed up the notes for your talk with | a couple Post-Its where it reads awkwardly.

Don't worry, Silvia. | My vernacular endears me to people.

You want to talk | about the sergeant's exam?

You got five minutes. | Come into the sanctum.

A man's gotta know his limitations.

I'm not saying don't take the test. | I'm saying give yourself--

Chief, we have a problem.

Witnesses are saying they heard one shot.

A shooting last night. | A second one earlier this morning.