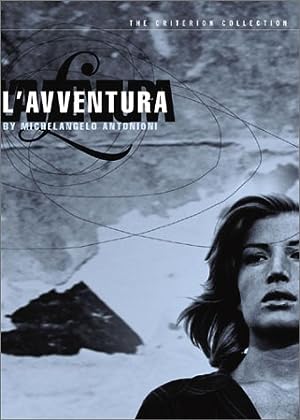 To Monica Vitti who,

with her role in Miller's play After the Fall

has added new, delicate balance to her widely acclaimed qualities

as a screen actress and is now considered

among the greatest Italian actresses of all times.

His commitment to researching new expressions

through cinematic language has made him

one of the best-known directors in the world.

Tonight we have the honor to have with us

After having been awarded the Golden Lion in Venice

this time in front of a noisy carnival crowd in Montelpulciano, Tuscany.

Antonioni's art has broken free from its confinement

to the intellectual circles and is now embraced by everybody.

Antonioni is a poised, reserved and demanding northern Italian.

He doesn't believe that any director's statement about himself

or his work, will help in the understanding of the work itself;

and the strangest thing we might ask him to do, is to talk about it.

Let's keep it open 'till the sixth mark.

-Where the painting is. -Right,

before the painting there's a square. You get rid of that.

You have to move toward the bookshelf, exactly.

We will follow Antonioni; we will watch him shying away;

even though it might simply be a vague conscience

of that intangible interior reality, that is his artistic creation.

We will talk to his friends and his collaborators.

We aren't trying to create a portrait of the artist;

rather, our survey is an approach,

Let's put all the myths of cinema aside;

under the stark light of the projectors,

the magic happens only within one's psyche.

In the realm of fantasy rules the ex-empress Soraya.

Now walk ahead and sit down.

look at the phone as if it were a strange object.

and girls, by the sea;

his was a provincial youth, tainted by a certain romanticism that

will leave him with an inclination for certain themes, certain

We find his friends from Ferrara

have changed indeed from those photographs!

When did you meet Antonioni?

FRANCESCO AGUIARI artist from Ferrara I met Antonioni in 1932 or 33...

Back then, had he already founded that theater company...

it was Bologna University's Theatrical Society,

and we produced several one act plays by Pirandello.

Then, we staged Interessi Creati by Giacinto Benavente,

Antonioni directed this one.

He was so talented, he took over and I encouraged him

and told him to go ahead and direct it himself.

So I ended up acting.

From director of the company I became one of the actors

and Antonioni went ahead and directed several other pieces...

and among them a drama he wrote, now I don't remember the title...

I also remember that for the Ariosto centennial celebration

we staged a vaudeville called: Ludovico.

It was really a lovely piece and popular,

so much so, that in Ferrara we had 27 performances all sold out!

Antonioni played in the vaudeville and he was well received,

still as an actor he was just passable and he knew it.