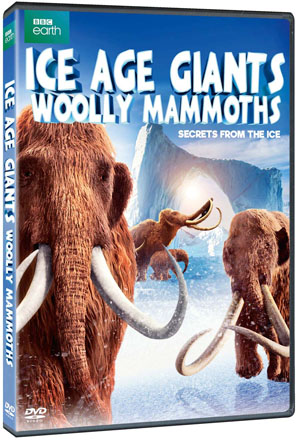 Woolly Mammoth: Secrets from the Ice

In fact, any type of frozen carcass

Lyuba is one of a mere handful

of frozen specimens ever discovered.

Isn't it peculiar to think

that humans saw these alive.

that's quite a strange thought,

to know that there were people

during the peak of the last Ice Age, and these

animals would have been in their environment.

They would have been

very familiar to them,

just as people living in Africa and southern

Our relationship with mammoths dates back

to the early days of modern humans in Europe.

We've been transfixed by their

majesty for thousands of years.

But, once extinct, mammoths became

the source of myth and legend.

Their huge bones were thought by some

to belong to a long-lost race of giants.

Others believed they belonged to a

when it came to the surface.

The name "mammoth" comes from

used to describe the animal's tusks.

spotted the similarities between Siberian

remains and a group of modern specimens

that it was eventually realised that

mammoths were a type of elephant.

in the mammoth remains -

to carry the tusks, a shoulder hump.

the big question was how and why

came to live in the extremes

of the northern hemisphere.

We now know that mammoths

were a species created by,

and perfectly adapted to, the most

the Pleistocene, or Great Ice Age.

Discuss this Woolly Mammoth: Secrets from the Ice script with the community:

Woolly Mammoth: Secrets from the Ice