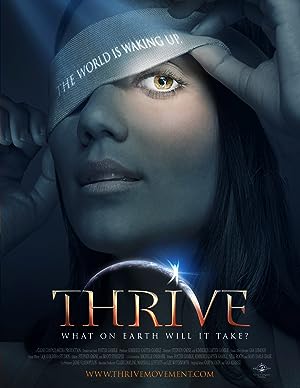 Synopsis: An unconventional documentary that lifts the veil on what's really going on in our world by following the money upstream - uncovering the global consolidation of power in nearly every aspect of our lives. Weaving together breakthroughs in science, consciousness and activism, THRIVE offers real solutions, empowering us with unprecedented and bold strategies for reclaiming our lives and our future.
Genre: Documentary
Director(s): Steve Gagné, Kimberly Carter Gamble
Actors: Foster Gamble, Duane Elgin, Nassim Haramein, Steven M. Greer

I was growed to be a leader in the establishment,

but I chose a different path.

I began to wake up when I was in elementary school.

was to dock under my desk and cover my head.

That's when my serious questioning began.

A couple of years later, I had a direct experience of universal energy.

It happened one day when I was riding on a school bus, gazing out the window.

I had a vision of the world pool pattern

was the same in atom, as in our entire solar system.

I felt deeply, that I too was somehow made of that same pattern.

This vision was that originally got me into science,

into trying to figure out how the universe works

and how we humans fit in the overall pattern of life-energy.

Years later I learned that the pattern I saw,

is known by some in the scientific world.

It turn's out that in 1921 Albert Einstein got a Nobel prize for discovering,

that when energy is released in the Universe

There are little packets of wholeness, that emerge

This pattern actually tells us a lot about how life evolves.

Considering the enduring wonders of creation throughout the universe

and how unsustainable so many of our human systems are,

I figured learning how the universe creates and sustains life,

would actually be quite useful.

Each of these little packets of wholeness, that Einstein discovered,

is made out of its surroundings, but is distinct within it,

These packets are always the same pattern, nomather what size

and they are surprisingly relevant to issues as seemingly disconnected,

the wars in the Middle East, the global financial collapse

and how we achieve justice for everyone. 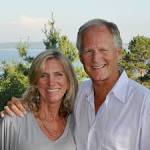