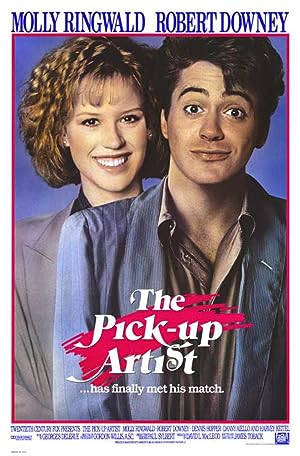 that her husband, Stephen Merchant Sr,

is head of the organized-crime unit

in the Manhattan DA's office.

Is there a crime against

comparing a woman to a work of art?

Watch it, Jack, or you're gonna end up

losing more than your job one of these days.

And another thing, Chagall's women

Did anyone tell you you've

the face of a Botticelli and body of a Degas?

The what of a who?

Has anyone said you have a magnificent

smile and skin invented to be touched?

- No one who wasn't trying to pick me up.

- Desire is never a mistake. Only rejection is.

It isn't going to happen.

How can you say that

when your face is bubbling with curiosity?

Because my boyfriend's gonna be back

any minute and if I'm not here he'll kill me.

He's in there right now

with the second-richest man in Colombia.

they should mambo together.

- You better get inside.

What will I find inside

that I haven't found in you? Name one thing.

Lulu, I want you to say hello to Carla.

- Whatever you're selling, we don't want any.

There's a polite way of doing things and

a rude way. I don't respond to the rude way.

I do respond to death threats.

Should I move on?

Get the hell out of here.

Make her feel at home.

Look, Fernando, I have just the girl for you.

Her name is Carla. She's waiting in the car.

I told you, I want the redhead.

She's different from the others.

James Toback (born November 23, 1944) is an American screenwriter and film director. He was nominated for the Academy Award for Best Original Screenplay in 1991 for Bugsy. He has directed films including The Pick-up Artist, Two Girls and a Guy and Black and White. On October 22, 2017, the Los Angeles Times reported that 38 women have accused Toback of sexual harassment or assault. Since the article was published, 357 additional women contacted Los Angeles Times and said that Toback had sexually harassed them. The accounts stretch over a 40-year period. Toback has denied all the allegations. more…

Discuss this The Pick-up Artist script with the community: