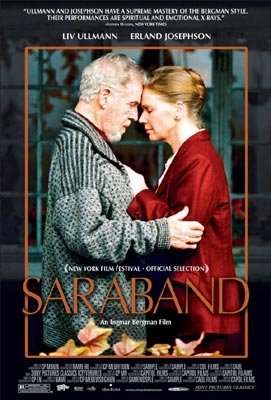 Synopsis: Marianne and Johan meet again after thirty years without contact, when Marianne suddenly feels a need to see her ex-husband again. She decides to visit Johan at his old summer house in the western province of Dalarna. And so, one beautiful autumn day, there she is, beside his reclining chair, waking him with a light kiss. Staying at a cottage on the property are Johan's son Henrik and Henrik's daughter Karin. Henrik is giving his daughter cello lessons and already sees her future as staked out. Relations between father and son are very strained, but both are protective of Karin. They are all still mourning Anna, Henrik's much-loved wife, who died two years ago, yet who, in many ways, remains present among them. Marianne soon realizes that things are not all as they should be, and she finds herself unwillingly drawn into a complicated and upsetting power struggle.
Genre: Drama, Music
Director(s): Ingmar Bergman
Actors: Liv Ullmann, Erland Josephson, Börje Ahlstedt, Julia Dufvenius
Production: Sony Pictures Classics
2 wins & 2 nominations.

I haven't done it since...|I've stopped doing it.

Can you see the lake|house from here?

You can see the light reflected,|behind the rocks.

I drove by the lake house|coming here. It looks inhabited.

You could say that.|Henrik is there.

I got a brief letter declaring that|he was planning on moving there.

He and his daughter Karin have|been there since late April.

Absolutely. A cordial conversation|if we run across each other.

Anna and Henrik were|married for 20 years.

He couldn't take her death.|He retired before his time.

I heard they were happy|to get rid of him.

He felt mistreated there.

Well, yes, I was a bit fed up|with the academic standards silliness.

My honorary doctorate|from the University of Michigan...

finished all that.|- We were talking about Henrik.

But he'll quit that also.

He must do something.

I think he's writing a book.

- What about the daughter? Karin?|- Karin also plays the cello.

She'll audition for the|conservatory in the fall.

Henrik is teaching her.

They sit in the house with|their cellos every day.

You could say she's beautiful.|Like her mother.

- Sarah is in Australia.|- Australia?!

- Yes, Australia. - Well, she|managed to get far away.

I get letters and|phone calls from her.

Ernst Ingmar Bergman (Swedish pronunciation: [ˈɪŋmar ˈbærjman] ( listen); 14 July 1918 – 30 July 2007) was a Swedish director, writer, and producer who worked in film, television, theatre and radio. Considered to be among the most accomplished and influential filmmakers of all time, Bergman's renowned works include Smiles of a Summer Night (1955), The Seventh Seal (1957), Wild Strawberries (1957), The Silence (1963), Persona (1966), Cries and Whispers (1972), Scenes from a Marriage (1973), and Fanny and Alexander (1982). Bergman directed over sixty films and documentaries for cinematic release and for television, most of which he also wrote. He also directed over 170 plays. From 1953, he forged a powerful creative partnership with his full-time cinematographer Sven Nykvist. Among his company of actors were Harriet and Bibi Andersson, Liv Ullmann, Gunnar Björnstrand, Erland Josephson, Ingrid Thulin and Max von Sydow. Most of his films were set in Sweden, and numerous films from Through a Glass Darkly (1961) onward were filmed on the island of Fårö. His work often deals with death, illness, faith, betrayal, bleakness and insanity. Philip French referred to Bergman as "one of the greatest artists of the 20th century [...] he found in literature and the performing arts a way of both recreating and questioning the human condition." Mick LaSalle argued, "Like Virginia Woolf and James Joyce in literature, Ingmar Bergman strove to capture and illuminate the mystery, ecstasy and fullness of life, by concentrating on individual consciousness and essential moments." more…