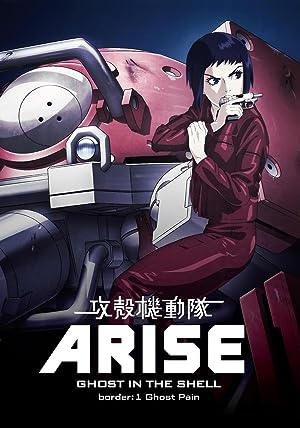 Surprised they gave us permission to exhume the body.

They had better. They complicated our investigation enough by burying him to begin with.

True enough. They tossed him into this military cemetery without much fanfare.

It's expensive to dispose of a prosthetic body that can be reused.

Thanks to that, we can recover his cyberbrain.

The others are late.

The engineers are drawing straws back at HQ.

Apparently, connecting to a dead criminal's cyberbrain is too "creepy" for them.

We don't know he's a criminal yet.

We'll check the contents here then take it back to headquarters.

What are you waiting for? Put the thing down already!

We received this from your unit.

Are you with the military?

and are seizing his cyberbrain and prosthetic body as evidence.

He was suspected of taking bribes so we'll be looking into that as well.

Public Security has no right to ransack this place.

We'll bury him again when the case is closed.

And how do I know you won't fabricate evidence or pull a cover-up?

The military is in the midst of its first major shakeup since the war.

They would raise far too much suspicion if this case was only given an internal investigation.

If Mamuro was still with us today, I'm sure he would say the same thing.

You knew the Lieutenant Colonel?

I did. Back when I was an Army man, at least.

There's not a soldier in the world as squeaky-clean as that man was.

What's your name and unit?

From 501? Then you were his subordinate.

Go ahead and open it.

And you, what's your own rank and Division?

And just as a warning, they sold off whatever wouldn't fit in the coffin to a junk shop.

Someone replaced his body!

Finally back on base, you naughty girl.

Why did you authorise Public Security to get involved?

Because I can't dismiss the possibility that Mamuro was corrupt, I had no choice.

Regardless, Unit 501 should be investigating this!

Not according to the higher-ups. They told us to stay out of it.

Somebody set a trap inside his coffin, you know?

We need to find his cyberbrain to know the truth!

This is no time to kick a hornet's nest.

Do you really believe he was taking dirty money?

Regardless of what I may believe, he was mugged downtown.

Certainly not an honorable death, but when the alternative is indictment, you might say he got lucky.

Unfortunately, thanks to him, our letters of recommendation are on hold.

So try concentrating on your work for now.

Now you're playing dumb, are you? I asked you to analyze a piece of infected hardware.

I just got back to Japan today. Wait until tomorrow to scold me?

Well, if you say so.

I'll do the assignment.

But in return, I want access to direct debit and leave to go off-base.

You're quite a problem child.

I just want to find out who set the trap, that's all.

Fair enough. Since Mamuro can't take care of you, I will.

It means a lot, Kurutsu.

And don't forget, you still have a meeting with the top brass.

Giichi Mamuro, member of a special unit of the Ground Self Defence Army,

was murdered on the fifth of this month.

--Niihama police say the investigation into his possible corruption is ongoing.

... while serving as a security official in Harimadara's heavy industry--

Tow Ubukata (冲方 丁, Ubukata Tō, born February 14, 1977 in Gifu Prefecture) is a Japanese novelist and anime screenwriter. His major works include Mardock Scramble, Le Chevalier D'Eon and Heroic Age. He also did series composition for the Fafner in the Azure series, Ghost in the Shell: Arise, and Psycho-Pass 2. more…

Discuss this Ghost in the Shell Arise - Border 1: Ghost Pain script with the community: