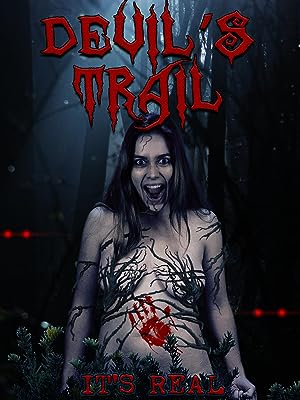 This show has taken us to many exotic locales in our lives, but none as exotic, as scenic, oh yeah, there it is, New Jersey. Zombie guy is just perfect for this. He's as excited as we are to go to the New Jersey Pine Barrens. Who's ready to meet some Pineys? - Hello again.

and talented friend, Lucy. Who uh, who is kind enough to uh, drive us to drop off points, and then wait to pick us back up. And uh, uh, she basically eats the food we don't get to eat-- For the 21 days. Is this your first time in

the New Jersey Pine Barrens? - It is, actually. Yeah, yeah, first time. It's, it's a lifelong

goal of mine actually. It was on my bucket list

for places I wanted to go. So-- I used to date a

girl in Edison, New Jersey. But we don't want to talk about that. So uh-- All right. And action. - Hello, and welcome to

a very special episode of Road to Nowhere. I'm your host, Dallas Collins. - And I'm Hank Souza. - And we are here in the heart of the Pine Barrens

wilderness in New Jersey. A vast stretch of untamed wilderness where for the next 21 days, we will be attempting to survive off nothing but the wilderness. - You know, a lot of people, when they think about New Jersey, they think of smog, highways, and that one movie by Zach Braff, but there's actually a bustling wilderness that can be very dangerous

in the Garden State, uh, far more scary than any Kevin

Smith movie you've ever seen. - This is also a very, very

special episode because for the first time on this show, we will be entering an

area of the wilderness that is supposedly haunted. And we'll be discussing

some of those urban legends coming up shortly. - And uh, hopefully this

man, those executives at the Home and Garden Channel, you're really slippin', folks. Get a grip on your audience. As part of our 21 day survival challenge, we've been allowed three personal items to help with survival. Now, I want to mention that

these three personal items are very important because

any advantage you could have in the wilderness could

be the difference between life or death.

three personal items, and flashlights, which we were allotted because without light, we're just dead in the woods.

- Yeah. - Um, other than these items, we have nothing more than

what a backpacker would have if they had intended to

be out for an afternoon and ended up stuck for a week. So uh, Dallas, why don't you

show them what you've got? - Yeah, so today, I have brought

my knife/flint firestarter, I have my military grade compass, and I have brought my lucky slingshot. Nice. - Well, I have brought... My utility knife. Very, very important

to always have a knife. - Absolutely.

- Both of us need a knife. Knives ar every important,

they're all-purpose tools, and they allow you to very much survive. So I have my knife, and I have a canteen, for gathering water, obviously. Uh, water is extremely important, much more important than food. A lot of people think that they need to obtain food immediately. You can live two weeks,

three weeks without food. But water, you've got days. So I have this canteen here--

- Absolutely. - So we can get the basics, because we want to have fresh water first. - Mmhmm. - Then we'll want to attempt

- And then of course, the most important element, my sunglasses. - Sunglasses. Survival gear. Nice. - I have sensitive eyes. Do you want a blind partner in the woods? - Uh, not necessarily. I think that'll put a damper on my trip. - Well, and if it makes, if it makes you feel

Discuss this Devil's Trail script with the community: